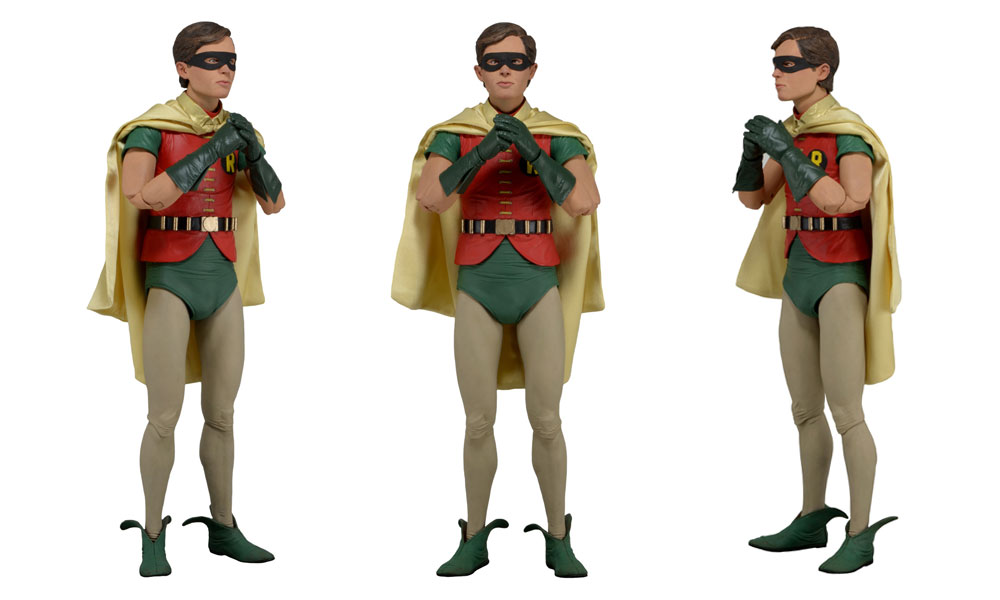 Holy Toledo Batman! NECA has revealed an all new action figure with their Batman: Classic TV Series – Robin 1:4 Scale Action Figure. Along the same lines as the 18″ Adam West Batman, Robin comes in a bit smaller at 17″ tall. The figure will include a cloth cape, interchangeable hands, a Batarang, a communicator, and batcuffs. The figure is being released in November, just in time for the DVD and Blu-Ray release of the original series. NECA will have the 1:4 Scale Robin on display at San Diego Comic-Con.

This long-awaited sidekick will please any Batman fan. The Robin 1:4 Scale Action Figure is sculpted in Burt Ward’s likeness and very articulated. This action figure is limited to one production run only so keep an eye out, Robin fans, so you can get your own! Don’t miss out on this amazing Boy Wonder!