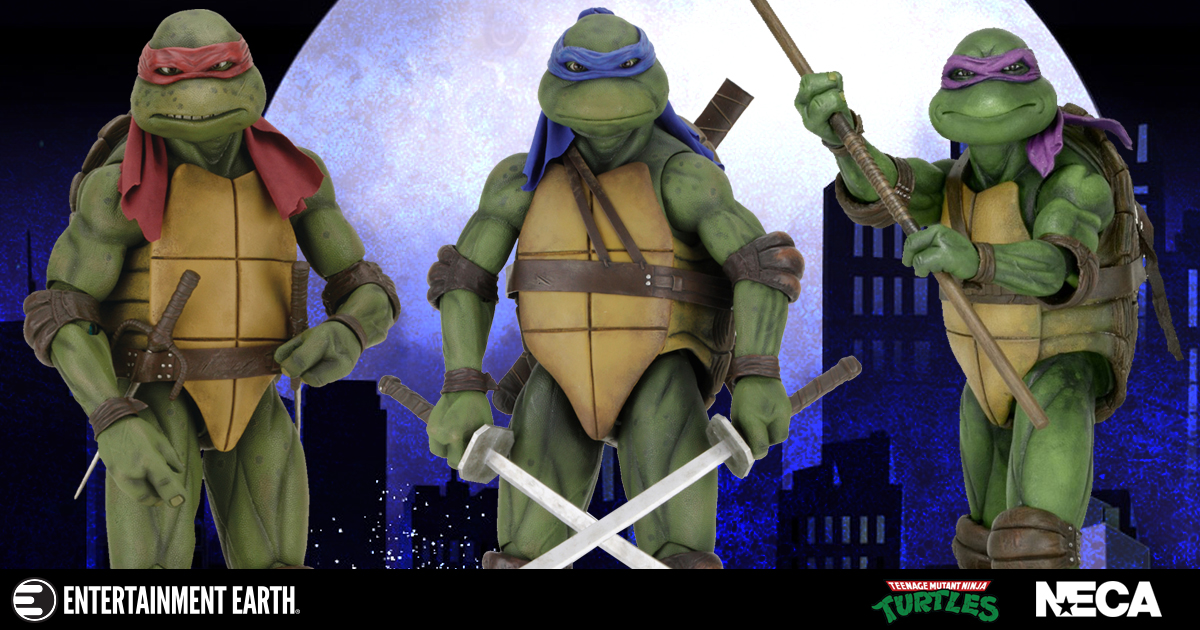 For many fans, the definitive depiction of the Teenage Mutant Ninja Turtles comes not from the comics or cartoons, but from the amazing 1990 film. The 1990s Teenage Mutant Ninja Turtle movie was a landmark in the world of comic book to film adaptations. In the dawn of CGI film effects, the filmmakers relied on stunning costuming made by Jim Henson’s Creature Workshop to bring the Heroes on a Half Shell to life. The same team that helped to make Yoda and Jabba the Hutt film legends were challenged with creating turtle costumes that were authentic, expressive, and agile enough for martial arts actors. They did not disappoint.

No turtle trains harder than Leonardo. His katanas are as deadly as any ninja’s weapon, and he bares the burden of their power upon his heavy brow. This action figure brings all of the style and emotion of Leonardo to life in a way that no one thought possible. With over 30 points of articulation, you can showcase all of his ninjutsu moves. Entirely accurate to the beloved movie, this figure comes with dual katanas that fit into the scabbards on the back of his shell, an unbroken mutagen canister, a slice of pizza, and interchangeable hands to handle all of his gear.

Don’t wait. The first two figures in this line were highly popular. This new addition to the team is bound to be just as popular and sought after, and you won’t want to be caught out of the sewer without it. Pre-order your Leonardo today from Entertainment Earth!