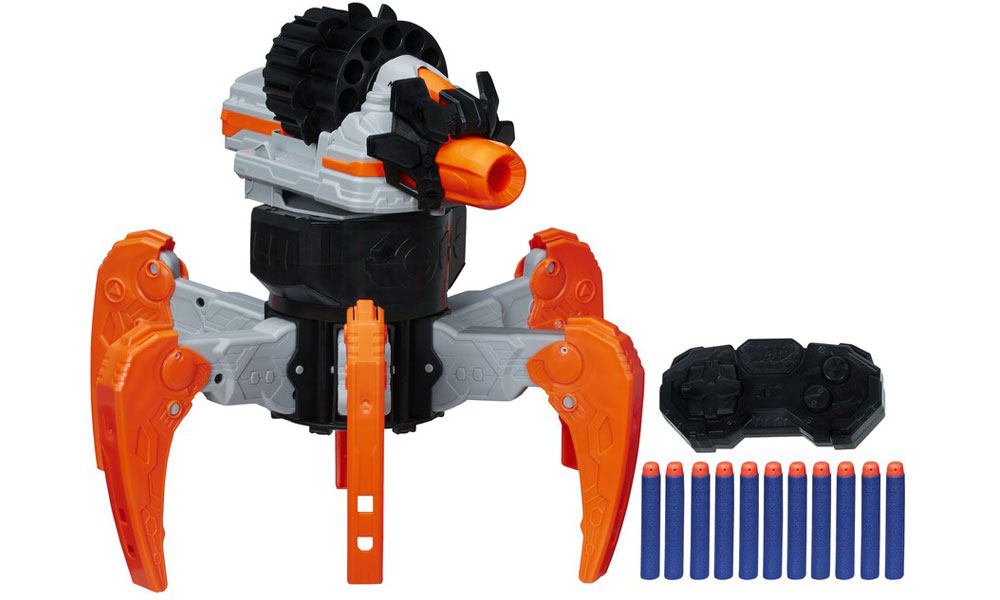 Battle in a whole new way with this incredible TerraDrone Dart Shooter!

This is the ultimate battle drone and it walks into battle at your command like a heavily armed spider. It can hustle over any kind of terrain on its sturdy legs, and when you’re aiming your shot, the drone’s head goes up and down and turns 360 degrees to fire darts in any direction you choose! You can even change the drone’s blast angle. Send it into the thick of the action and rapid-fire up to 12 Elite Darts to hit targets up to 45 feet away from the drone’s head! Take your N-Strike missions to the next level and take command of the field with the TerraDrone drone! 12 darts, remote control, and drone included.