It’s Green Arrow versus Deathstroke with this Arrow Oliver Queen and Deathstroke Action Figure 2-Pack based on the hit television series Arrow!

Wearing the dark hood of a vigilante archer, Oliver Queen faces off against deadly mercenary Deathstroke, and these awesome action figures put you in control of the battle! As seen in the hit CW TV series Arrow, Oliver Queen (aka Green Arrow) appears in his green hooded outfit with bow and arrows at the ready, while Deathstroke is in his dark blue outfit with yellow and dark blue mask. Both action figures stand 6 3/4-inches tall and come in a blister-card packaging.

Don’t miss the Arrow Oliver Queen with Totem Action Figure. As seen in the hit series, billionaire Oliver Queen was stranded on an island for 5 years. He survived to bring you this fantastic partially clothed action figure which comes with weapon accessories and Deathstroke’s mask on a stick.

Slade Wilson is a highly trained super-soldier, who is out for revenge against Oliver Queen. The Arrow TV Series Deathstroke Action Figure is articulated and comes with sword, knife, and pistol accessories.

Also joining the team is Sara Lance, who left the League of Assassins to fight crime as Black Canary. This Black Canary Action Figure stands over 6 inches tall, features multiple points of articulation, and comes with a bo-staff accessory.

And streaking out of the hit series Arrow comes the Flash TV Series Flash Action Figure, based on the upcoming series The Flash. Struck by lightning and drenched in a chemical bath, Central City Police forensic scientist Barry Allen awakens to find that he can now move at superhuman speeds. Donning a costume, the Fastest Man Alive protects the innocent and his loved ones from the dastardly rogues as the Flash. 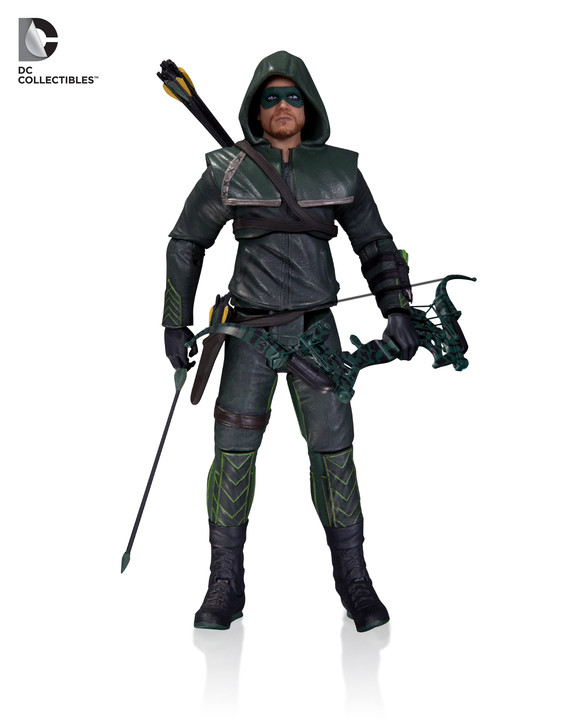