With the release of Big Hero 6 right around the corner, everyone is excited for the Disney-Marvel film. From Funko come these fantastic Big Hero 6 Pop! Vinyl Figures. These figures are very colorful, Pop! stylized figures of major characters from the film. There’s even a super sized Baymax in his red and purple armor! The Big Hero 6 Pop! team features Hiro Hamada, Honey Lemon, Wasabi No-Ginger, and Go Go Tomago. A super sized Pearlescent Baymax Pop! showcases the balloon robot without his armor. And don’t forget Fred with his monster-like aura. Catch Big Hero 6 on November 7, 2014.

These amazing figures are currently available for pre-order. The Pearlescent Baymax is due to arrive in December 2014, with the rest of the team slated for October 2014. 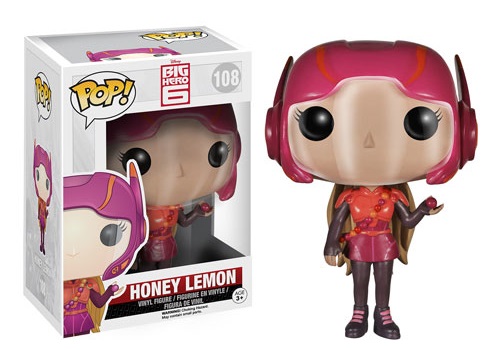