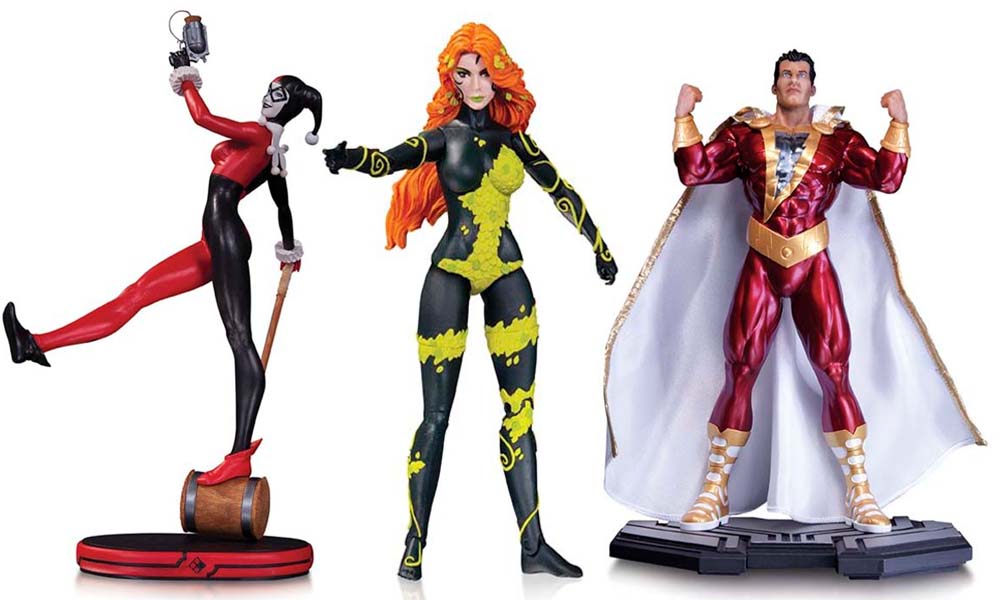 It’s that time again – DC Collectibles announced their July 2015 collectibles, adding a chess set, statues, action figures, and even a poker set to their repertoire!

Now is your chance to own a breathtaking chess set featuring the iconic characters from Neil Gaiman’s epic series including The Sandman, Death, Destiny and the rest of The Endless. This set includes 32 chess pieces made of intricately sculpted. Cold-cast porcelain and a wood game board.

DESIGNED BY STANLEY “ARTGERM” LAU
SCULPTED BY JACK MATHEWS
The line of stunning statues inspired by the art of Stanley “Artgerm” Lau continues with this masterfully sculpted statue of the Cupid of Crime! This statue is a limited edition of 5,200 pieces and measures Approximately 10 1/2-inches tall. 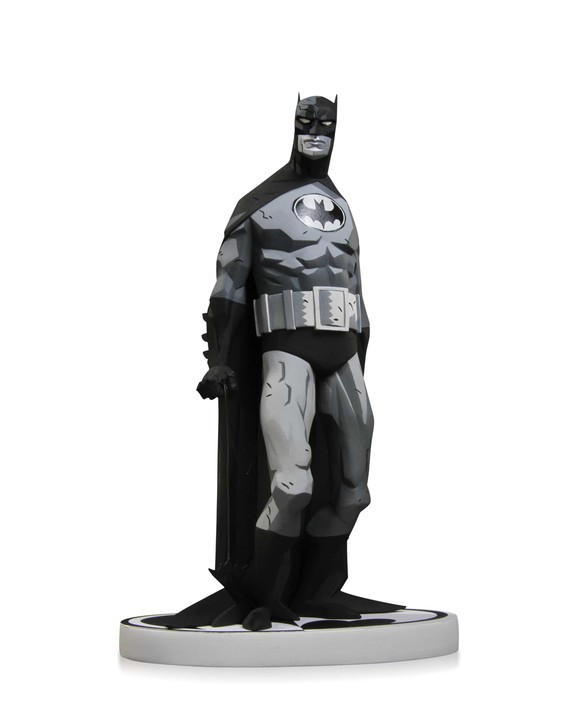 BASED ON THE ARTWORK CREATED BY MIKE MIGNOLA
SCULPTED BY JONATHAN MATTHEWS
Based on the designs of Mike Mignola this classic statue is back! Mike Mignola’s unique vision for Batman Black and White was a sell-out success in 2006. Now, due to popular demand, the second edition will be released with an all new lower price. Measures approximately 7 1/2-inches tall.

DESIGNED BY KEVIN NOWLAN
Put a new twist on the classic game with this set that includes a deck of stunning cards illustrated by legendary artist Kevin Nowlan, and 20 Justice League poker chips. 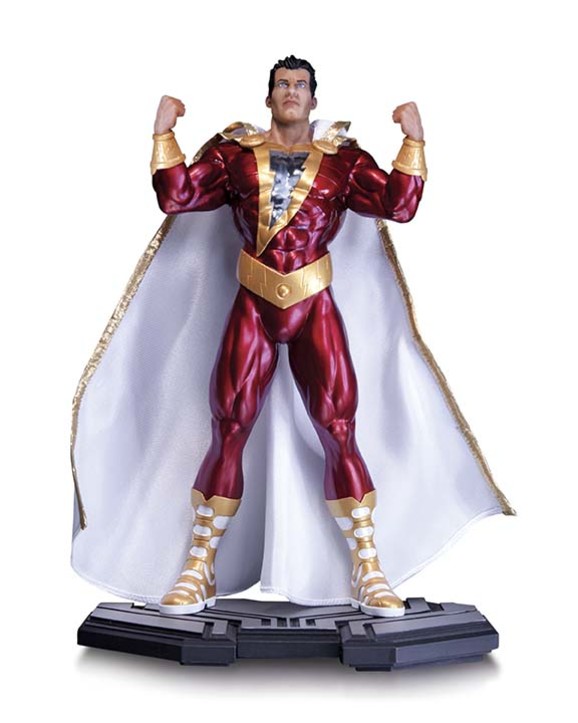 Don’t miss your chance to get these action figures of your favorite DC Comics Super Heroes and Super-Villains featuring their DC Comics – The New 52 designs for the first time. Each figure is sold separately and measures between 6 and 7 inches tall. Available in the line are Roller Derby Harley Quinn, Trench Coat Joker, Poison Ivy, and Green Lantern.

The Dark Knight must not only battle the Boy Wonder in the DC Universe Animated Original Movie, Batman Vs. Robin, but also an army of undead assassins called the Talons! This detailed action figure captures their stylized design from the film. 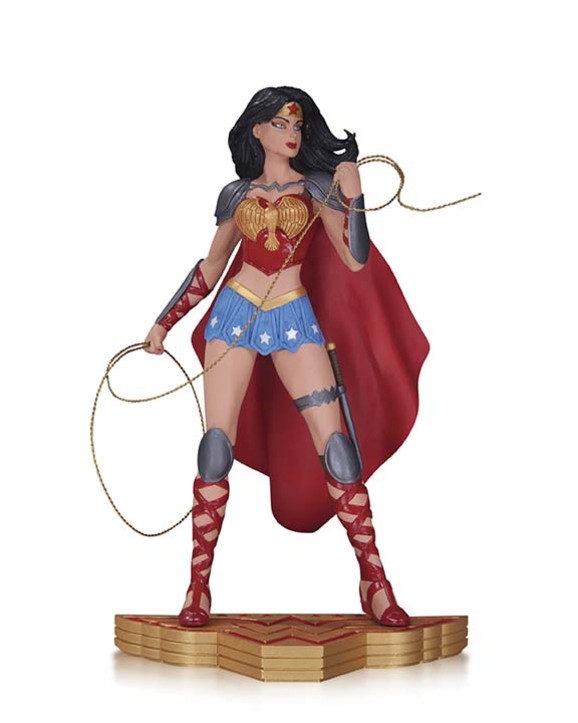 DESIGNED BY DAVID FINCH
SCULPTED BY CLAYBURN MOORE
The striking statue based on the dynamic designs of superstar artist David Finch, the new penciller of the monthly WONDER WOMAN monthly comic book series, is the newest addition to the popular line featuring unique interpretations of the Amazon Warrior. Limited Edition of 5,200 and measures approximately 7 1/2-inches tall.