Power Rangers Collectibles to Help You Get Excited about Their Return 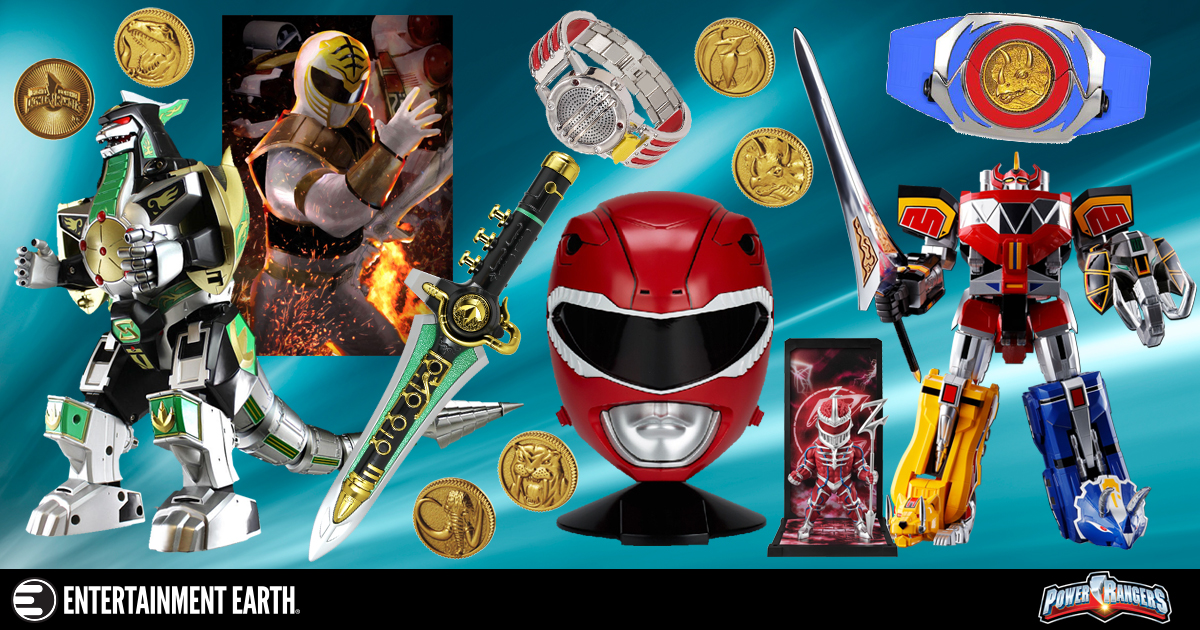 Everything old is new again. This is a great age to be alive, like living in the echo of the past, the golden age of toys lives on. With the upcoming Power Rangers Movie firmly on our radar, it’s time for us to get the welcome wagon ready for the epic return. What better way than taking a look at our coolest Power Rangers Collectibles?

Power Up with these coins! This is a subtle way to wear your Power Rangers fandom deep in your pockets. Based on the original Mighty Morphin” Power Rangers TV series, this set of 5 die-cast coins come engraved with the symbols of the original 5 Rangers: a mastodon, pterodactyl, triceratops, saber-toothed tiger, and tyrannosaurus, so you can transform your own power crystals and control your own Zord!

This die-cast metal prop replica is 16 inches long and looks exactly like it did in the television show 20 years ago. The Green Ranger’s Dragon Dagger has long been agreed to be among the coolest of the Power Rangers weapons. This prop replica carries with it all the beauty of the original, down to the smallest details!

Everyone’s favorite villain joins Tamashii Buddies at last! This beautifully sculpted and painted Tamashii Buddies Mini-Statue comes to life against an awesome backdrop. Lord Zedd was unique to the American version of the show, which gives him a special place in the Power Rangers Lexicon. The set includes a 3 1/2-inch tall figure, stackable base, and back panel.

Towering in at 11-inches tall, this amazing die-cast figure captures all the excitement that we felt the first time that we laid eyes on the Green Ranger’s Dragonzord. Coming into the show later in the game, the Dragonzord had added majesty and details that all come to life in this outstanding figure.

This stunning Louis Solis Canvas Giclee Art Print captures all the majesty of the White Ranger. Posed and ready for action, The White Ranger is nearly unstoppable. The serious collector will really appreciate this canvas print. When you order it, you get one of only 95 that will ever be made. Each hand-numbered print comes with a certificate of authenticity.

You get to choose here, if this is a display piece or if you’re going to use it for cosplay. You don’t get prop replicas more accurate than this one. The Red Ranger helmet is built to a 1:1 scale, looking exactly like the leader of the Power Rangers when he is ready for battle. You can wear it to a convention or you can use it as a conversation piece in your living room—you make the call! 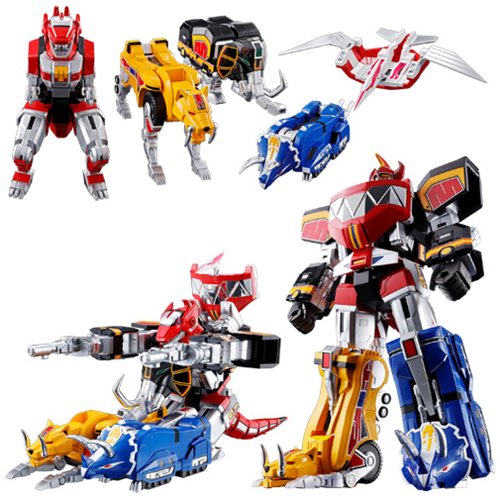 This is the granddaddy king of all Mighty Morphin’ action figures. You simply won’t find any action figures quite as attractive, accurate, or impressive as this one. Standing at about 10-inches tall, this die-cast Megazord actually breaks up into its five zord components! The details and elaborations are absolutely exquisite!

Only the very serious Mighty Morphin’ collectors need to apply! This amazing 4-foot fiberglass statue of Tommy Oliver as the Green Ranger is a very rare piece, indeed. You’ll be paying a pretty price to get one of the only 10 statues ever made! Coming in at an impressive 4-feet tall, it weighs about 78 pounds, including the display base. It has two interchangeable fiberglass weapons, the Sword of Darkness and the Dragon Dagger. You simply don’t find this one around every day, and if you don’t get it soon, you’ll never see it again!