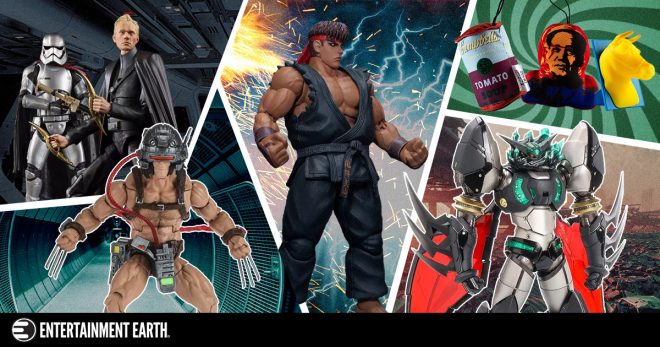 The leaves may be turning, but that doesn’t mean Con season is over. In fact, Fan Expo Canada just ended and New York Comic Con is just around the corner, and Hasbro’s pulling no punches when it comes to their upcoming releases. There’s a lot to cover this week, so let’s dive in!

Marvel’s looking to grab 2019 by the horns with sneak peeks at their upcoming Marvel Legends figures. Featuring the marvelous Mystique, Guardian, and the impressively articulated Weapon-X, the upcoming releases showcase a newfound focus on a more cohesive look. We also got a glimpse at the new Wendigo Build-A-Figure that looks like he could quite literally bench press buildings. Color us excited.

But that’s not all! Hasbro also unveiled a few new Star Wars figures. Featuring Dryden Vos from The Black Series and Phasma from the Vintage Collection, both figures sport some seriously amazing details and are expected to be released early next year. Seriously, just check out how good Vos’ face sculpt looks.

Kidrobot and Andy Warhol: A Match Made in Heaven

Kidrobot’s Dunny series pays homage to the late artist’s legacy with a new interpretation of some of his greatest works. First came the Campbell’s Soup Dunnys, then came the banana Dunnys. Now, Kidrobot is releasing its second series of Andy Warhol Soup Cans with pop culture trends that feature Elvis Presley, the Warhol Hamburger, and more.