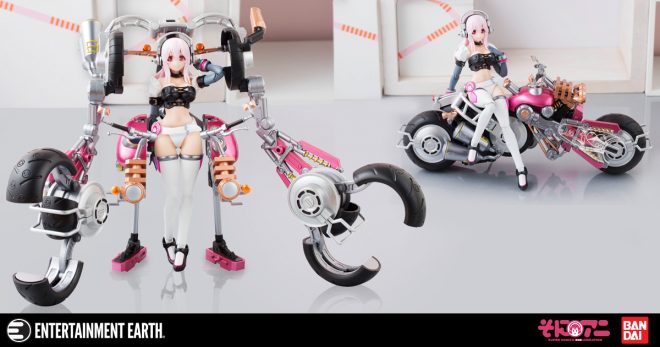 Nitroplus was initially a computer game company producing games based on visual novels until 2000 when they started throwing an annual music festival, which has been a hit in Japan ever since. And Super Sonico burst onto the scene on October 14, 2006, as a mascot for the Nitroplus annual live music festival event “Nitro Super Sonic.”

Since her debut, she has been included in many of Nitroplus’ games and now has her own manga and anime series! All that is fine and dandy but the coolest part of Super Sonico is all of the awesome merch. There is no shortage of officially licensed Super Sonico items including action figures, plushies, statues, and more (which I had a lot of since I love collecting all things Sonico!).

The Super Sonico base action figure features her with her signature headphones, hairstyle, and revealing outfit. You know… normal Sonico… 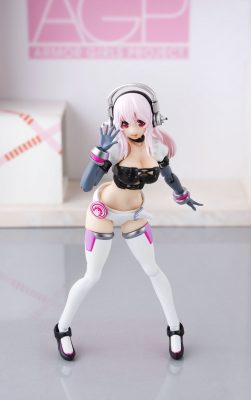 …until you see her bike! Sure it looks like a normal awesome pink motorcycle… 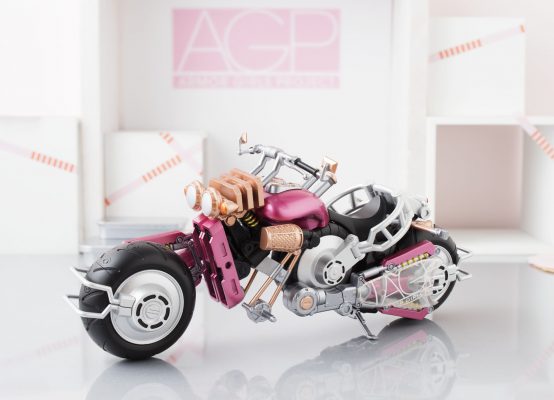 …but it’s anything but normal! It’s a Super Bike Robot that transforms into a robotic battle suit with three different modes. 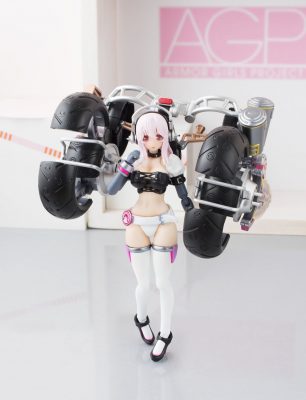 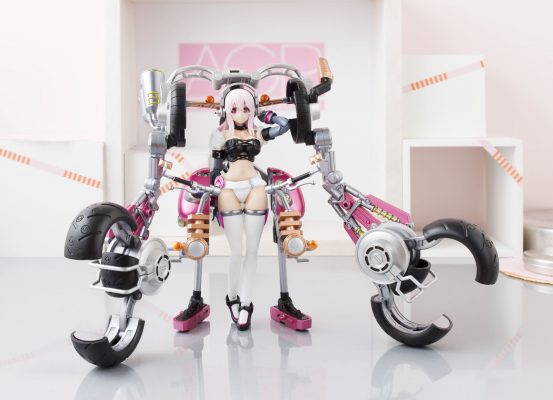 On top of the different modes, the figure comes with interchangeable facial expressions and hands!

This figure is a fresh take on Super Sonico and the Armor Girls Project. It’s nothing like anything either lines have released before so it’s a must-have for any fan of either line!

Make sure you pre-order the Super Sonico action figure before she rides off into the sunset!