No One Can Handle the Curves, the Speed, the Pop!, Like Ricky Bobby 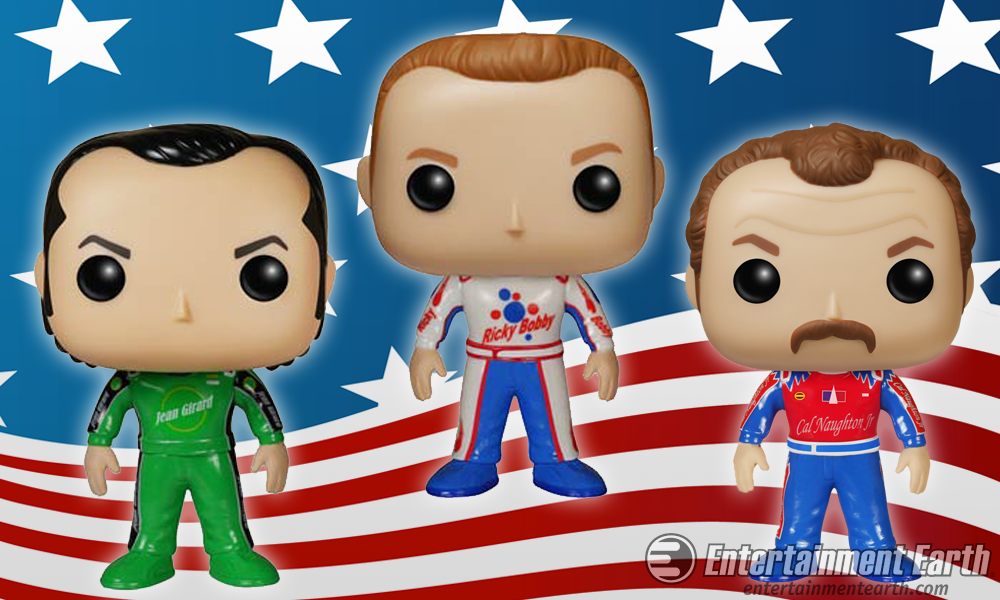 Welcome home Ricky Bobby, the star of Talladega Nights: The Ballad of Ricky Bobby. With these Talledaga Nights Pop! Vinyl figures, you can bring the drivers behind “No brakes, no brains” straight to your collection!

Shake and bake! National hero Ricky Bobby joins the Pop! Vinyl ranks as a 3 3/4-inch stylized figure wearing his racing uniform. Based on the driver of #26 Wonder Bread and #62 Me, this Pop! Vinyl warms his way into your collection.

Who would Ricky Bobby be without his best friend and epic frenemy, Cal Naughton? Cal joins the Pop! family as the “bake” to Ricky’s “shake.” Make Cal your #2 Pop! Vinyl.

If you’re not first, you’re last, and that’s what Jean Girard must be. Ricky’s arch-rival joins the Pop! Vinyl line as a 3 3/4-inch figure wearing his green uniform.

The Talledaga Nights Pop! Vinyl figures are currently available for pre-order at Entertainment Earth and slated to arrive in July 2015.