Which Members of Your Favorite Motorcycle Club Are Behind Bars? 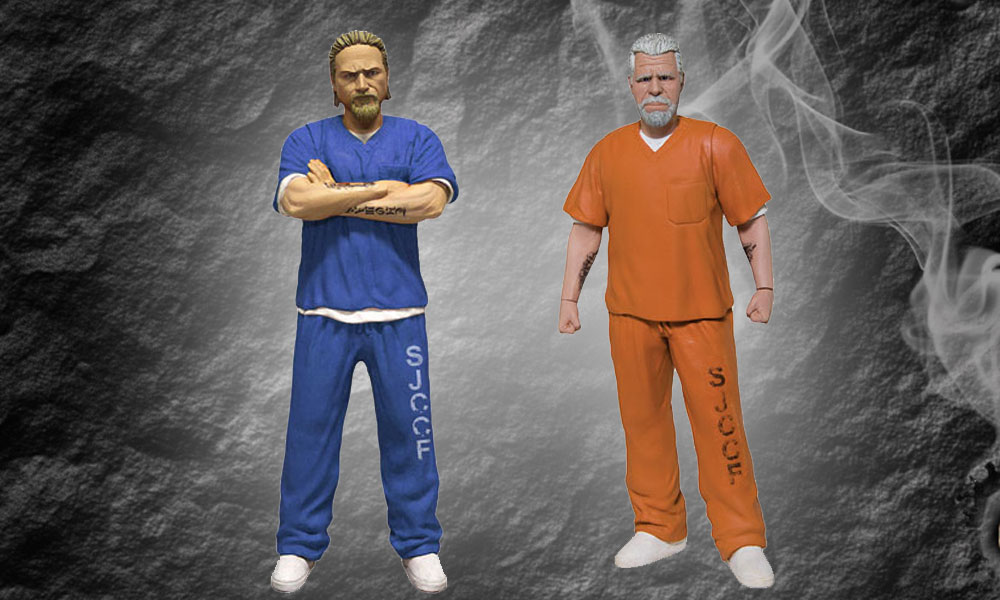 No Rules. No Masters.

These epic exclusives feature the fan-favorite characters as they appeared behind bars. The NYCC 2014 Exclusive Jax Teller Prison Action Figurte features a 6-inch tall Jax Teller wearing a blue prison outfit. Jax is the national president of the Sons of Anarchy motorcycle club.

Clay Morrow is one of the original First 9 of the SAMCRO, and this grizzled vet can still kick your butt! The NYCC 2014 Exclusive Clay Morrow stands 6-inches tall in his orange prison outfit.

These figures are currently available at Entertainment Earth.

» See all Sons of Anarchy action figures from Mezco Toyz

Action Figures Collectibles
Related ItemsClay MorrowJax TellerMezco ToyzSOASons of Anarchy
← Previous Story Your Kitchen, the Final Frontier, These Are the Continuing Voyages
Next Story → Which Action Figure Will Be the One True King?