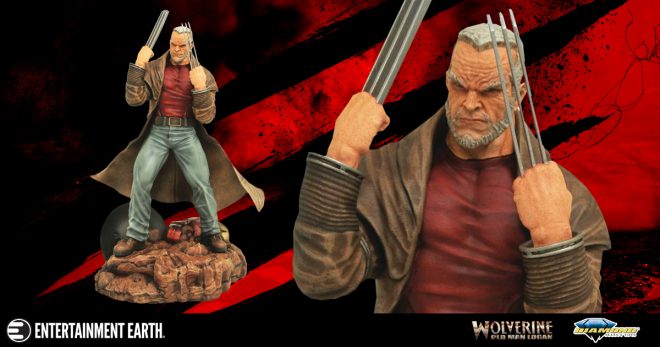 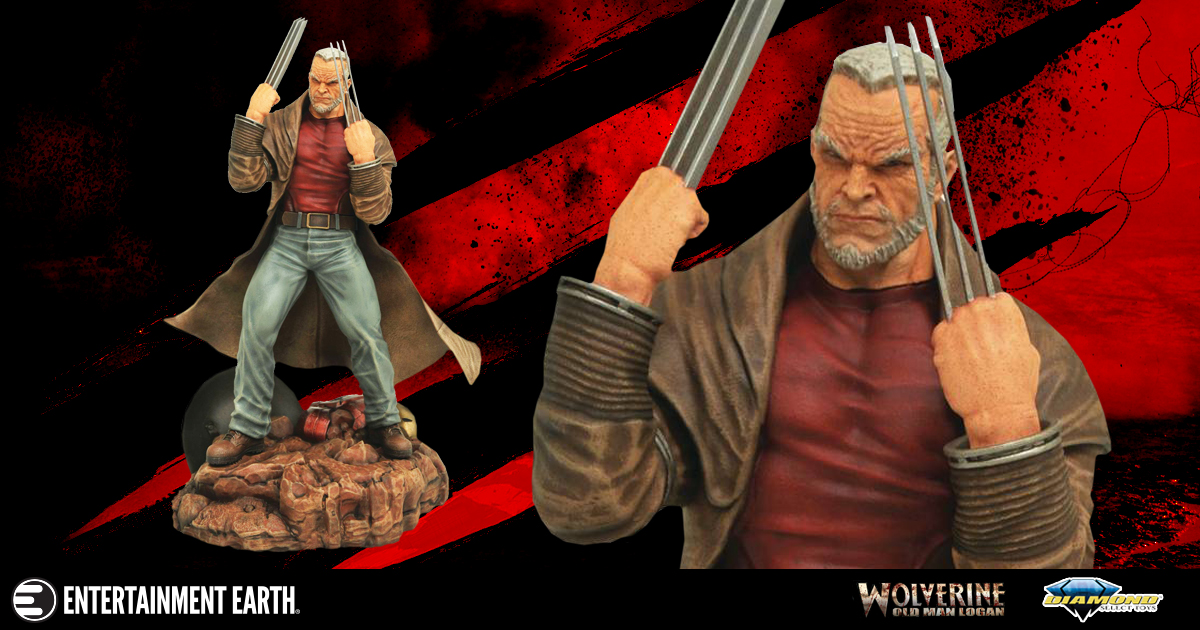 On Earth-807128, the United States have been thrust into a dystopian turmoil. Divided and ruled by supervillains and superheroes, and Old Man Logan just wants to make a living and pay rent to the disheveled and dangerous off-springs of Hulk, who rule over California. Desperate for cash, Logan takes on a job from an old, blind friend named Hawkeye. Naturally, he gets more than he bargains for and the ensuing adventure nearly takes his life a dozen times over.

Diamond Select marks the mythical story of this alternative reality with this Marvel Gallery Old Man Logan Statue. Sculpted by legendary artist Phil Ramirez, this 9-inch statue shows the almost-familiar figure of Wolverine in stunning alternative-reality detail. Standing over the remains of Captain America’s shield and Iron Man’s armor, Old Man Logan has his claws fully extended. If the razor-sharp metal protruding from his fists isn’t enough for you, the look on his face lets you know that he isn’t messing around.

Commemorating one of the best and most innovative storylines in the expanded Marvel Universe, this Marvel Gallery Old Man Logan Statue stands alone as evidence of your fandom. Seeking to destroy the Hulk’s incestuous progeny is no easy feat, and the gritty story shows Logan in an even more abrasive light than usual. Returning to the Marvel Universe in 2015’s Secret Wars, this is a character variation that has some real staying power. This intense statue is the mark of a true Marvel fan’s collection and comes packaged in a closed, full color box. Coming soon, you can pre-order yours today at Entertainment Earth!