The Impressive One:12 Collective Figure Every Batman Fan Should Own 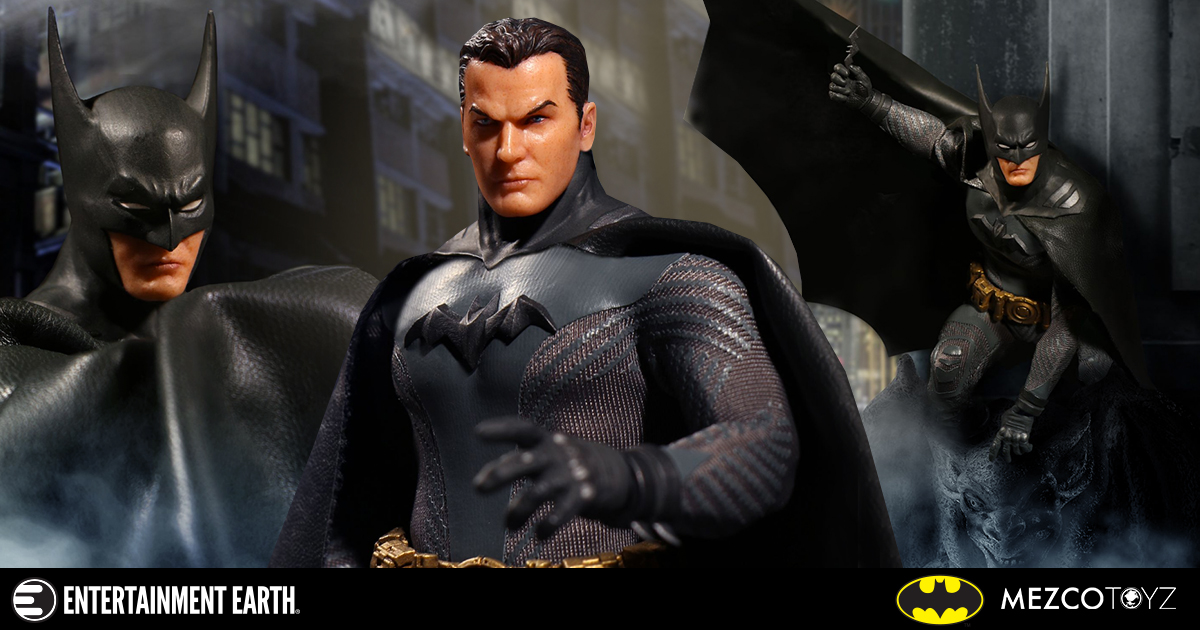 When I heard that Mezco was developing an action figure based on the original iteration of Batman I became ecstatic. Pictures from SDCC this year showing the actual figure just intensified my excitement just waiting for the time to order one of my own to display alongside my Batman collection. Finally, this Batman Ascending Knight One:12 Collective Action Figure is up for pre-order!

This action figure is incredibly detailed and designed to give credit to Batman’s first ever appearance from Detective Comics #27. This is shown off by the really specific shape of the cowl, the smaller bat symbol on his chest and the shorter gloves he wears. The suit is made of a spandex material with body armor and a leather-like cape to show off a realistic texture of mixed materials.

He also comes with an incredible amount of accessories to show off gear that Bruce Wayne is still working on for his crime-fighting career. These include a grappling gun and multiple grappling hooks, a utility belt with grappling holster, six batarangs as well as a heavy assault Batarang (Bat-brick), a tranq-dart wrist crossbow, and three pairs of interchangeable hands and fists. He also comes with two interchangeable heads to show off a scowling Bruce Wayne face or the iconic first cowled head of Batman. Couple this wide range of options with the figure’s 30 points of articulation and the adjustable display base and fans will never get bored showing off this action figure.

As a Bat-fan and collector, I am super excited to pre-order this Batman Ascending Knight One:12 Collective Action Figure to add to my own Batman shrine. This figure shows off an amazing recreation of the Dark Knight’s origin that every fan would be proud to have in their collection!

Action Figures Collectibles
Related ItemsAction FigureBatmanDCMezcoOne:12 Collective
← Previous Story Slappy’s Happy to Come Home with You – and He’ll Never Leave!
Next Story → 14 Ways to Decorate Your Chair Like Never Before!