Get ready to show off your Overwatch obsession with these new high-end collectibles from Blizzard. Who better to create collectibles of your favorite online game than the creators who know it best? Coming straight from the source these fantastic statues are all incredibly detailed to match their in-game counterparts. They are a definite must-have for every fan to add to their collections. All of them come out in February of 2018 but you can pre-order them now before these characters pick their teams. 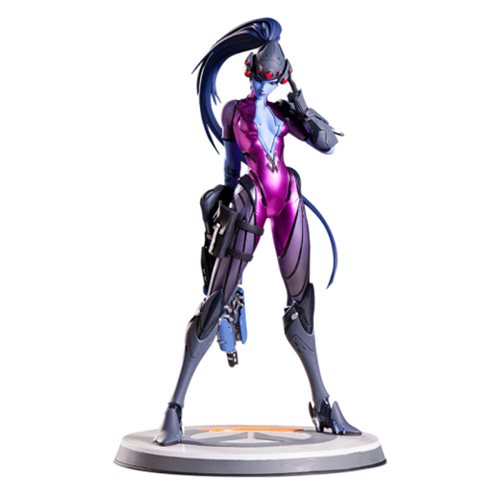 When you play Overwatch do you like to hide in the shadows waiting for that perfect shot? If so, then I wouldn’t be surprised if you chose Widowmaker as your in-game persona. This new statue shows off that sultry attitude of hers to a tee. She is hand sculpted from polystone by Dominic Qwekand and perfectly posed ready to set her sight to kill any in her way. This sleek sniper stands about 13 1/2-inches tall and comes with a simple display base with the Overwatch symbol on it. Being hand painted there is incredible quality to show off all of the intricate details of her skin-tight outfit. Each color is spot on to match her in-game look from her creamy blue skin ton to her iridescent purple suit. What I find most impressive are the red eyes on her headgear that are almost glowing and bring her spider-like persona to life. Even her weapon, being held from behind, has all of the tiny details of the gun she uses in-game. It is truly a magnificent piece that all snipers should proudly display within their collection. 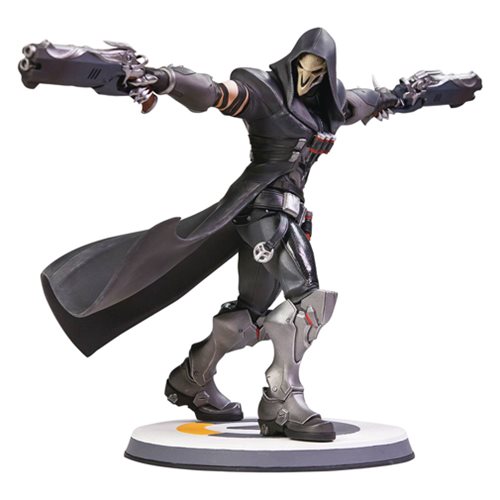 If you are more of a straightforward gunslinger then you might be more inclined to choosing Reaper as your in-game persona. He is one of the deadliest characters that has no problem getting up close to steal life from his enemies he damages with his massive shotguns. With this new statue, there is a real sense of fear with a recreation of his ultimate move, the Death Blossom. Being hand sculpted by Dominic Qwek, this statue has every detail perfectly put together from boots to cloak to guns and his skull for a face. Reaper is an amazing replica of his in-game persona that is ready to be a part of your collection.

For those who like close range action but the ability to blink to the other side of the map in an instance, there is this amazing Tracer statue paused in full action stance. She is suspended mid-stride with her twin pulse pistols aiming to win. Straight from the Blizzard staff, there isn’t a detail lost with her being sculpted by Senior Sculptor Brian Fay and painted by Senior Illustrator Laurel Austin. She even showcases a blue transparent energy effect around her and is underlit by the illuminated Overwatch logo as a base. All that’s missing is Tracer’s banter and quick wit to really show off this time traveler in your collection. 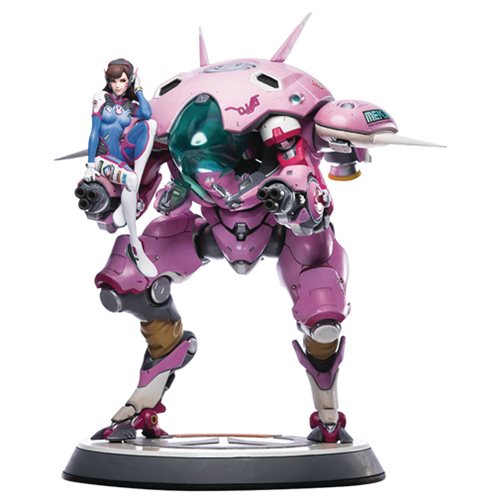 While it is fun to snipe, assassinate and shoot and run, I find the most satisfying character to play to be D.Va with her hefty MEKA. Being a tiny woman myself it is fun to imagine being encased in a massive pink MEKA that also gives you a second chance to live when it’s destroyed. Plus, you can send it to suicide bomb for you in battle then just regenerate a new one to keep demolishing players in your way. Now we get a massive 20-inch tall statue that features the lovely D.Va sitting on one of the fusion cannons of her MEKA. She is a perfect replica of her classic bubblegum pink skin and her MEKA even has perfectly modeled sponsor stickers to match. Such an amazing showcase that every Overwatch fan should have as part of their collection.

All four of these amazingly detailed statues are currently available for pre-order and set to come out in February 2018. If you play as Widowmaker, Reaper, Tracer, D.Va or are just a massive fan of Overwatch you will want to order yours before the teams are set.

Are none of these characters your favorite? Let us know in the comments which Overwatch characters you think Blizzard should release as high-end statues next?