Hark! Star Wars Shakespeare Books Are Clever, Fun, and Not to Be Missed 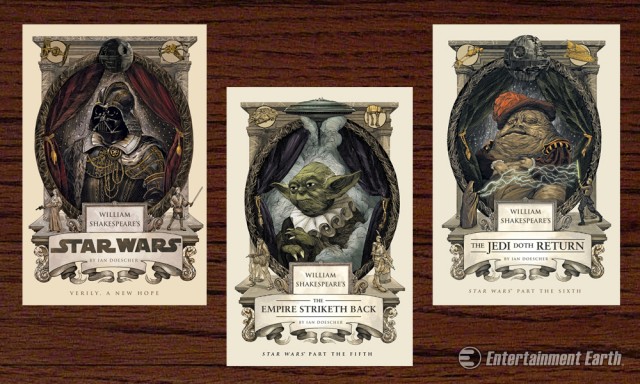 As good luck would have it, Star Wars William Shakespeare hardcover books from Quirk Books and Penguin Random House have arrived and they are just the books you’re looking for!

Written by Ian Doescher, these officially licensed re-tellings of the six Star Wars films will transport you back to the time of the Bard of Avon.

Clever and hilarious, you will be amazed at how well the stories of Luke Skywalker and his friends fit glorious iambic pentameter.

Hark! The prologue from Star Wars: Verily, a New Hope will surely charm your wits:

“It is a period of civil war.
The spaceships of the rebels, striking swift
From base unseen, have gain’d a vict’ry o’er
The cruel Galactic Empire, now adrift.
Amidst the battle, rebel spies prevail’d
And stole the plans to a space station vast,
Whose pow’rful beams will later be unveil’d
And crush a planet: ’tis the DEATH STAR blast.
Pursu’d by agents sinister and cold,
Now Princess Leia to her home doth flee,
Deliv’ring plans and a new hope they hold:
Of bringing freedom to the galaxy.
In time so long ago begins our play,
In star-crossed galaxy far, far away.”

Each film is told as a parody play, complete with stage directions and gorgeous Elizabethan illustrations.

Marry, these tales of faithful Wookies and fearsome Stormtroopers have never been more cleverer or amusing.

If your interest has been sparked, prithee, head to Entertainment Earth where they are available for pre-order and expected to arrive in October 2015.

» Pre-Order The Empire Striketh Back Book 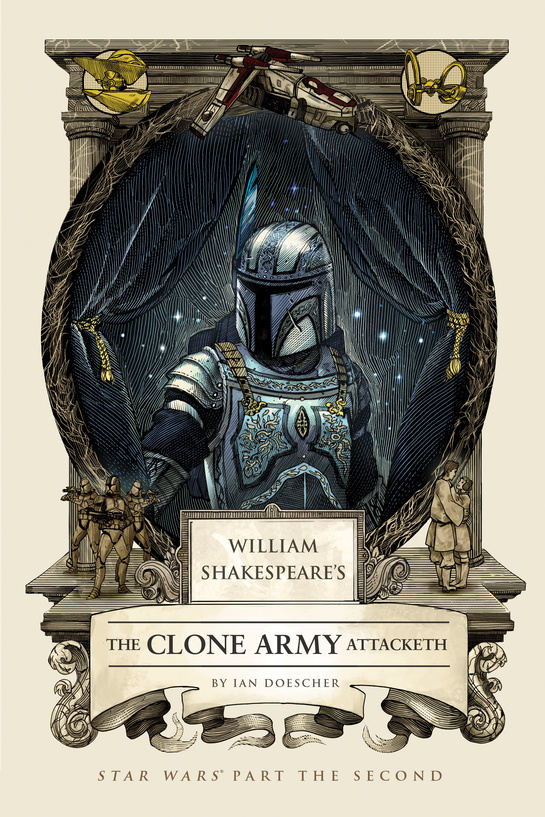