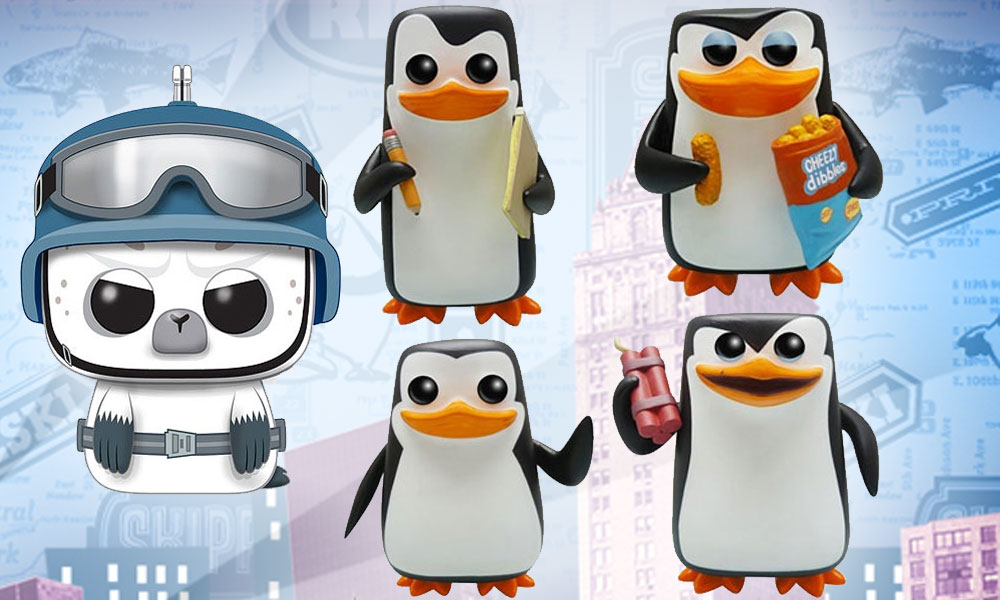 These espionage birds are out to save the world and your shelves! And that’s precisely why Funko rolled out a new line of Penguins of Madagascar Pop! Vinyl Figures.

Based on Dreamworks Studios’ hit Madagascar series, the greatest and most hilarious covert birds in the global espionage biz are now adorable figures.

Super spy teams aren’t born… they’re hatched! Stop the villainous Dr. Octavius with these Pop! Vinyls. These delightful little birds stand approximately 3 3/4-inches tall and come packages in a window box for display. Available in this line are Skipper, Rico, Kowalski, and Private – the key penguins that make up the team. Along with the Penguin Pop! Vinyls comes Short Fuse, the explosive arctic seal with a bit of a ‘tude.

Skipper comes with a bag of delicious Cheezy Dibbles. Rico carries explosives while Kowalski is prepared to take whatever notes are needed. Private, cheerful as ever, waves. Short Fuse comes fully equipped with his helmet, goggles, and utility belt.

These secret agent Pop! Vinyls are currently available for pre-order at Entertainment Earth and are scheduled to arrive in March 2015. 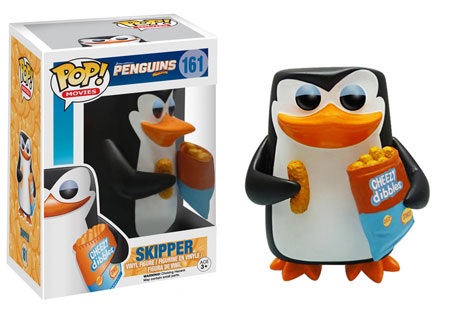 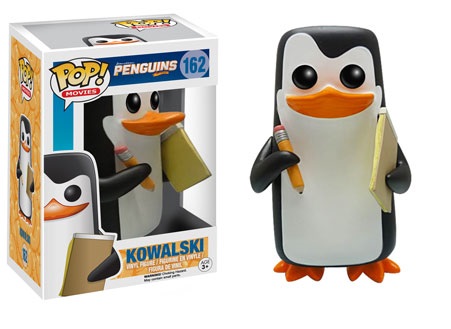 Collectibles Fun Collectibles
Related ItemsDreamworksFunkoFunko Pop VinylMadagascarPenguins of MadagascarPop Vinyl
← Previous Story How Does Your Christmas Tree Represent Who You Truly Are?
Next Story → Vivacious Villain Returns as Sensational Statue