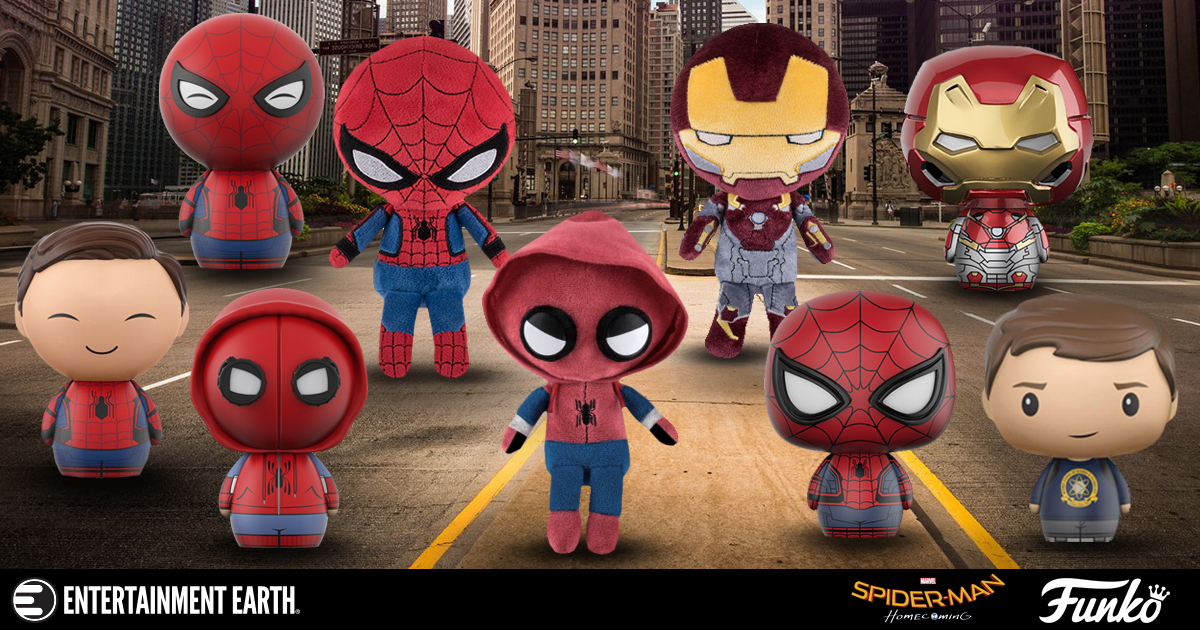 It’s a simple fact: the smaller something is, the cuter it gets.

This is certainly true of these Funko Spider-Man: Homecoming figures; we already knew Spidey was friendly, but now he’s cute as a button!

You’ll have to order the pack to find out…

The Spider-Man: Homecoming Hero Plushies Display Case features super snuggly, cuddly takes on “homemade suit” Spidey, final suit Spidey, and Iron Man. The case comes with 6 8-inch plushes, so you get 2 of each character, and would be great as gifts for any other fan in your life, young or old!

No Marvel collection would be complete without some Dorbz! Choose from the Homemade Suit Spider-Man or the Spider-Man: Homecoming Dorbz Vinyl Figure (which has variants randomly inserted throughout the production run, so you may get final suit Spidey or unmasked Spidey!). Each Dorbz stands 3-inches tall and comes in a window display box.

School may be letting out in only a couple of months, but there’s still time to make it to a Spidey Homecoming! Order today and we’ll ship this May!