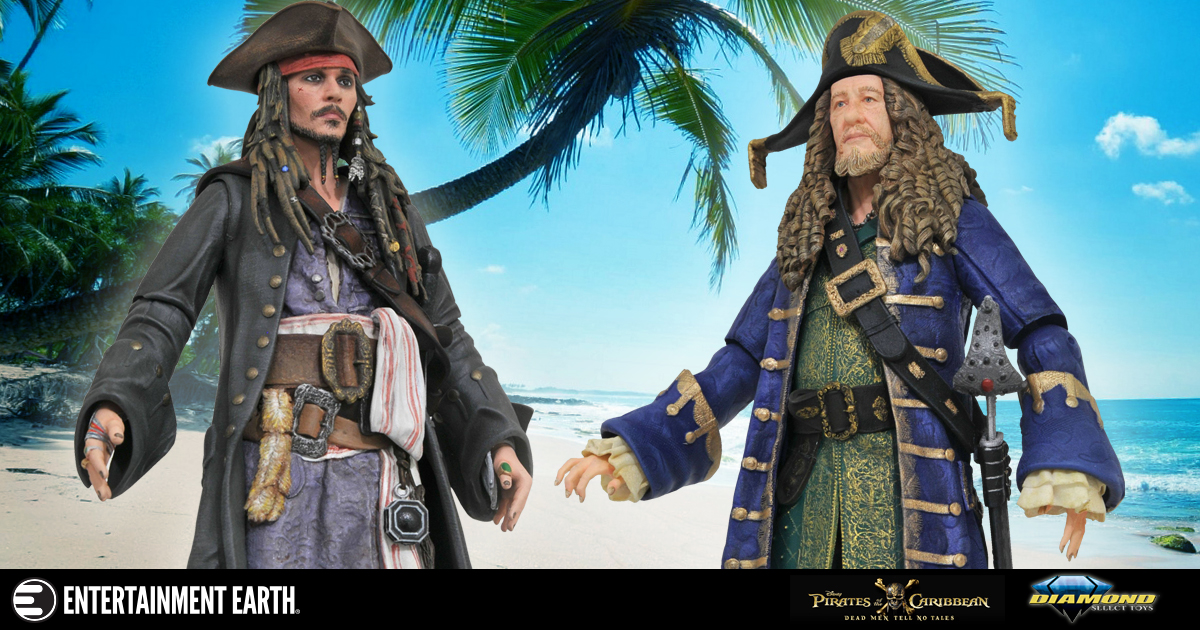 2017 is already shaping up to be a landmark year for entertainment. With the fifth installment of Pirates of the Caribbean upon us, it’s getting even more exciting. The only successful movie franchise to be built upon a theme park ride, Pirates of the Caribbean combines action, dark imagery, and superb comic timing to bring people the people everything they’ve ever wanted from a swashbuckling adventure.

To celebrate the new film and mark it in your collection, you can’t resist this new Pirates of the Caribbean: Dead Men Tell No Tales Jack Sparrow Action Figure. This amazingly detailed figure looks just like the famous character portrayed by Johnny Depp. With movie-perfect costuming and finely wrought details, this action figure is ready for some tale-telling.

Or, you can pick up Jack’s rival with this Pirates of the Caribbean: Dead Men Tell No Tales Captain Barbossa Action Figure. This figure has every detail exact, from the expression on actor Geoffrey Rush’s face to his precarious peg leg. The costuming and design is just perfect.

These 7-inch scale action figures are nothing less than works of art. It looks as if the characters from the movie have made the leap from cellophane to the real world, but only to 7-inches of it. These figures hit shelves this fall, but you can pre-order them today at Entertainment Earth!