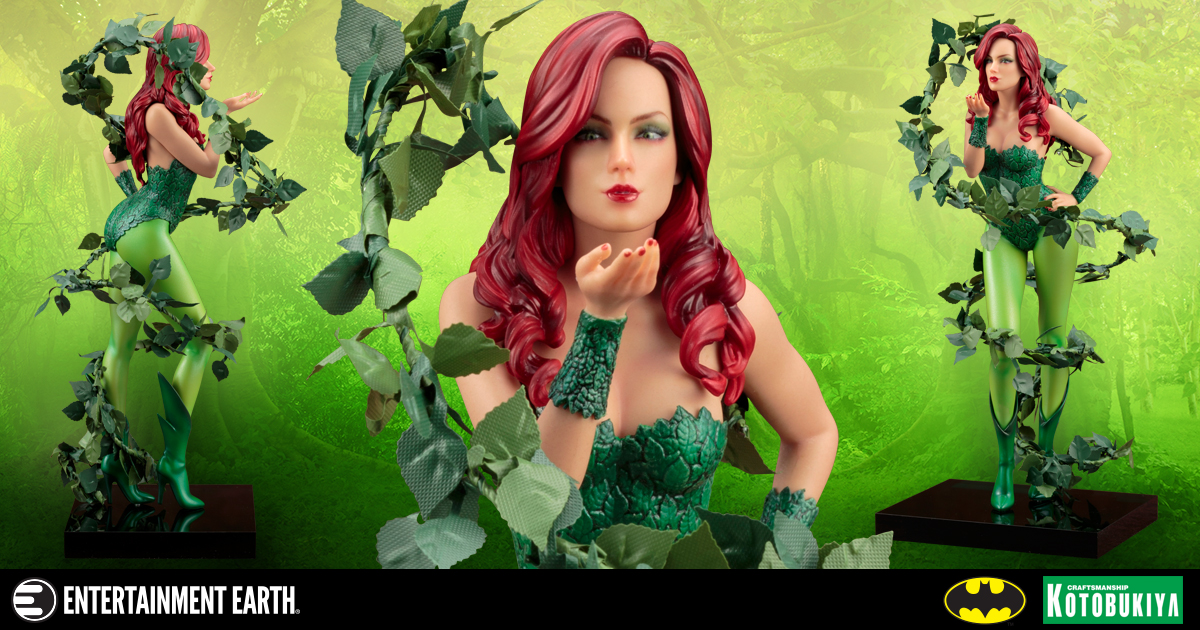 Poison Ivy is one of the most beloved Batman characters, mixing beauty and danger the same way that the most poisonous plants do. One of the world’s most notorious eco-terrorists, she is obsessed with plants, botany, and ecological extinction. Often disgusted by the way mankind treats the plant world, she wouldn’t mind overseeing the extinction of the human race. Using toxins and mind-controlling pheromones that she extracts from her plants, she advances her criminal aims in many realms. Only the Dark Knight stands in between her and the people she wants to destroy.

Now you can collect Poison Ivy in a whole new way with the DC Comics Poison Ivy Mad Lovers ArtFX+ Statue. The ArtFX+ series has been busy lately with a new series of statues. The Mad Lovers series that renders DC characters in a Kotobukiya style. This statue has been condensed into a 1:10 scale making her much easier to collect. This gorgeous Poison Ivy Statue comes with a cube-shaped base that is iconic for this collection and wire ivy that can be bent into your aesthetic vision.

This is only the second statue in the new ArtFX+ Mad Lovers series. To be sure, this is a series to keep your eye on, but when has Poison Ivy not attracted your attention? This heart-stopping statue is available soon, but can be ordered today from Entertainment Earth!