Power Up Your Collection with Mega Man Pop! Vinyls 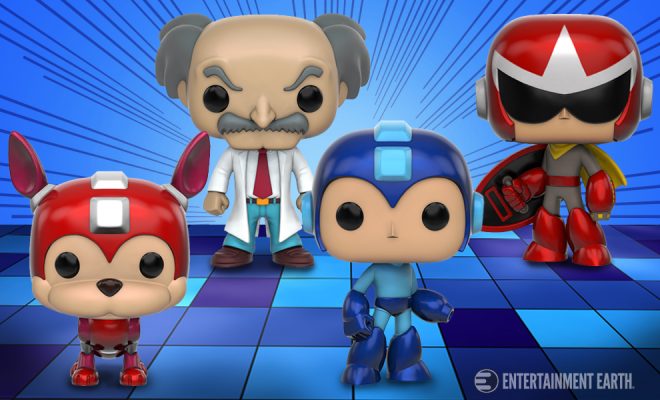 One of Capcom’s most iconic properties has finally made the jump to Funko: it’s the Mega Man Pop! Vinyl series! Featuring the Blue Bomber himself and three other major players from the long running video game franchise, these will be must-haves for video game fans.

Joining Mega Man in the line-up is ally Rush, older brother Proto Man, and arch nemesis Dr. Wily. Mega Man and Rush are looking bright-eyed and ready to take on the Robot Masters. Proto Man is armed with his iconic shield and scarf, while menacing Dr. Wily scowls at onlookers.

As with all Pop! Vinyls, each figure is 3 3/4-inches tall and freestanding, packaged in a window box. At $10.99 a pop it’s a great way to fly your geek flag without breaking the bank. You can head over to Entertainment Earth to pre-order these figures now for delivery later this summer!