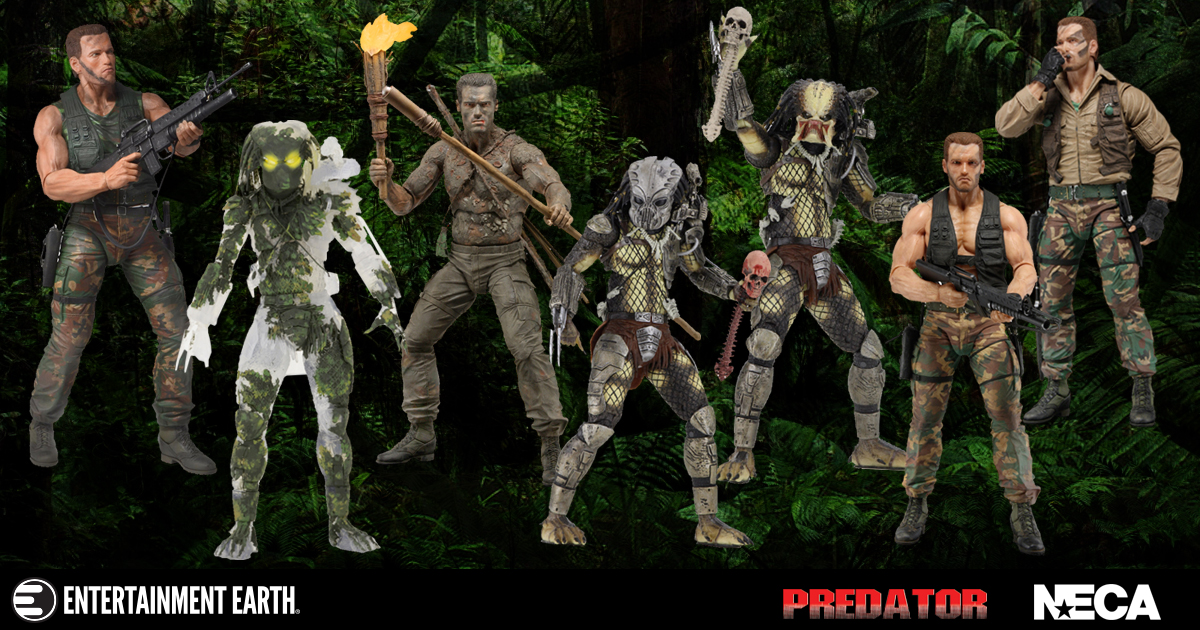 I know: we all want to get to the choppa.

But before we get the heck out of Dodge – and this awful jungle – let’s take a moment to appreciate this anniversary set of action figures from NECA.

Hard to believe it’s been this long, but it’s time for the Predator 30th Anniversary 7-Inch Action Figure Case.

This case is sure to make a killing, so pre-order now to reserve your case. 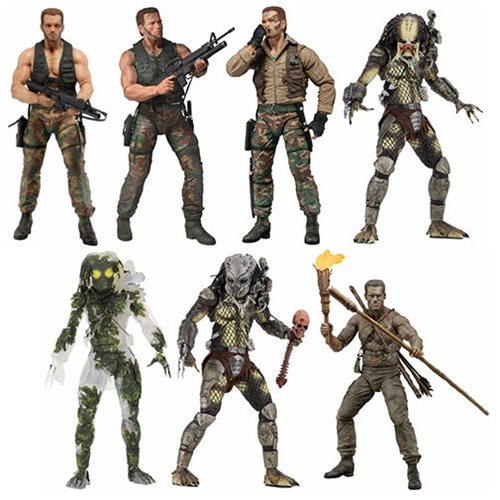