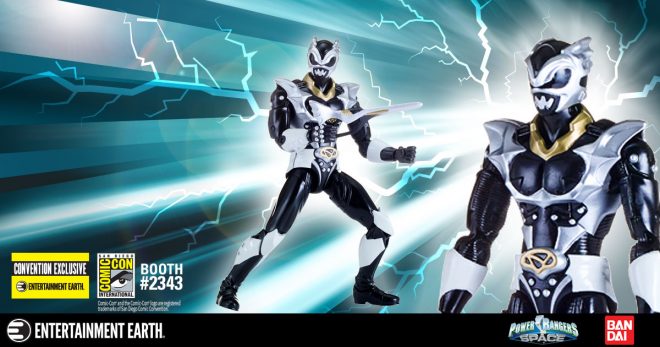 The first opportunity for fans to grab this Legacy Psycho Silver Ranger Action Figure, which is a former Toys “R” Us exclusive, will be at San Diego Comic-Con on July 19, 2018, in the Entertainment Earth booth #2343. Hurry – there’s a limited number available!

*NOTE: This item will first be sold during San Diego Comic-Con 2018 at the Entertainment Earth booth #2343. If supplies remain after the show, pre-orders will be filled and shipped to you then, in August 2018.