New Batman Q-Fig Is Classic Batman with a Vinyl Twist 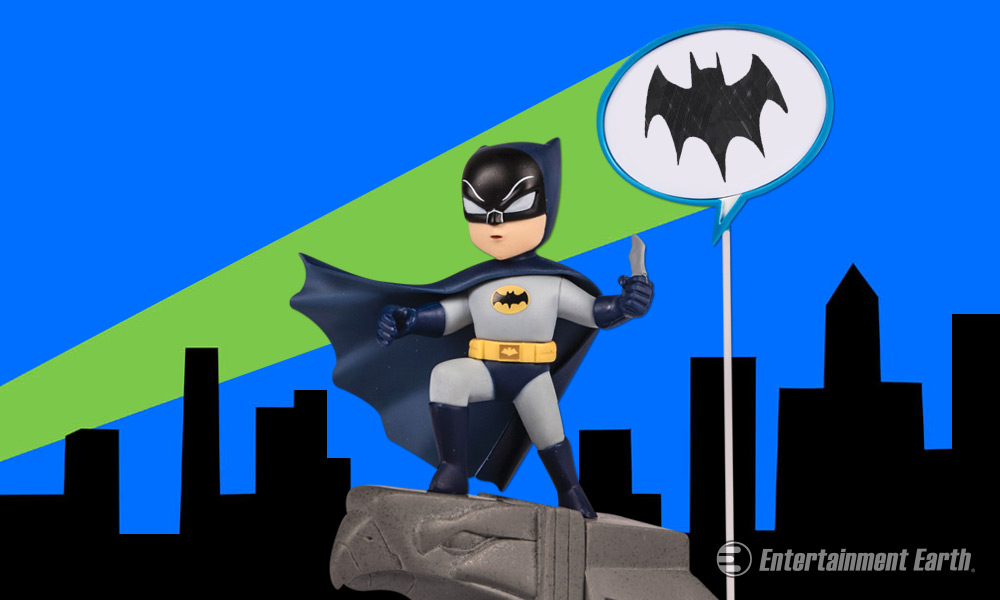 He’s a hero who needs no introduction. Whether you know him as Bruce Wayne, the Caped Crusader, or the Dark Knight, this easily recognizable icon has captured the hearts of many over the years.

The much beloved character will capture your heart all over again as this Batman 1966 Variant DC Comics Q-Fig Vinyl Figure – Exclusive from Quantum Mechanix.

Set atop a gargoyle resembling an eagle, Batman shows his dominance as the king of the beasts of the air.

This charmingly retro Batman figure stands 5-inches tall, not including his gargoyle base. The figure also includes a white board speech bubble and marker, allowing you to write in your own phrases or sound effects.

Display it on your desk with random away messages or let your co-workers get in on the fun and come up with a couple of one-liners all their own. The classic Batman figure would look spectacular even in your home!

Don’t miss out on this dashing superhero collectible. Expected to arrive in March 2016, you can pre-order him today at Entertainment Earth, where in stock orders of $79 or more get Free Shipping!