Return to Mongo with the New Convention Exclusive from Entertainment Earth 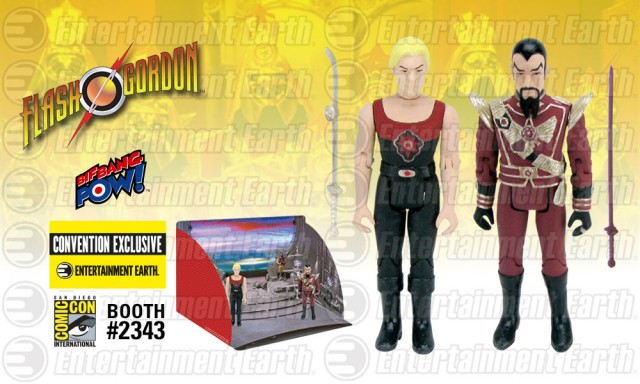 Evil Emperor Ming is out to destroy Earth, but not to fear. Flash is here to save us all… in 3 3/4-inch scale, that is! From Bif Bang Pow! comes the Flash Gordon Hawk City Scene 3 3/4-Inch Figure Set – Convention Exclusive.

The action figure set includes both Flash Gordon and Emperor Ming. Each detailed figure has 9 points of articulation and comes with its own sword accessory. Packaged in a unique full-color box that includes a fold out diorama of Hawk City, this Entertainment Earth convention exclusive gives fans the chance to recreate the memorable Hawk City scene from the 1980 film Flash Gordon. Will Ming emerge victorious or will Flash save the day once again? It’s up to you but not for long. This is a limited edition of only 2,400 pieces that comes individually numbered.