Ride in Style With the A-Team Classic Van Heritage Vehicle 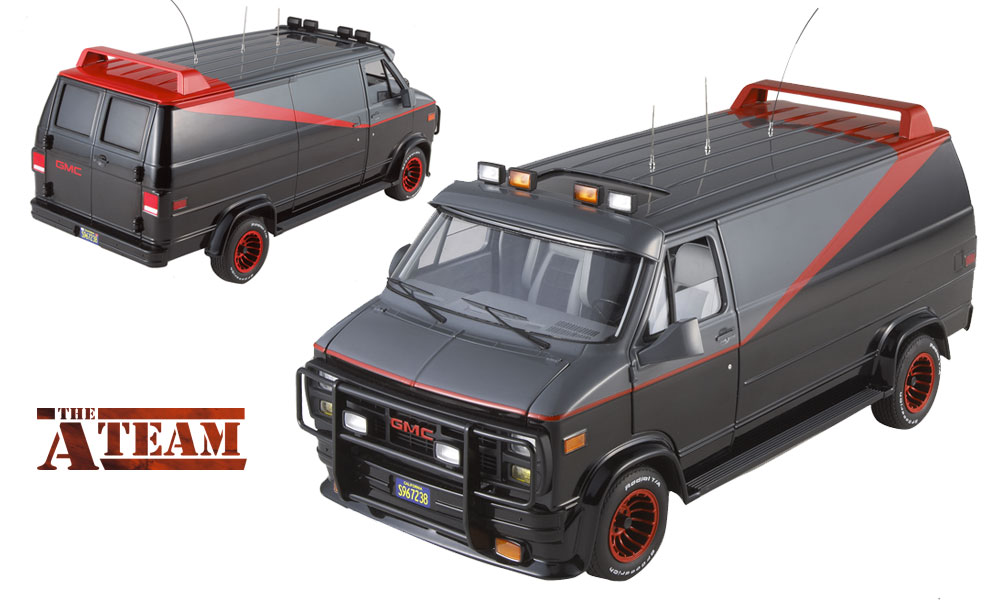 The A-Team van – the authentic one used in the 1983-87 television show – was a 1983 GMC Vandura cargo van, a G-series customized by the Universal Studios Prop Department. Don’t be a fool and miss out on this opportunity to pick up the A-Team’s van in exquisite detail as only the Hot Wheels Heritage collection can offer!

The A-Team was an American action-adventure television series about a fictional group of ex-United States Army Special Forces personnel who work as soldiers of fortune while on the run from the Army after being branded as war criminals for a “crime they didn’t commit.” Despite being thought of as mercenaries by the other characters in the show, the A-Team always acts on the side of good and helps the oppressed. The show ran for five seasons from 1983 to 1986, for a total of 98 episodes.

This awesome A-Team van is currently available at Entertainment Earth, so order yours today.