The Most Adorable Q-Fig Ever! 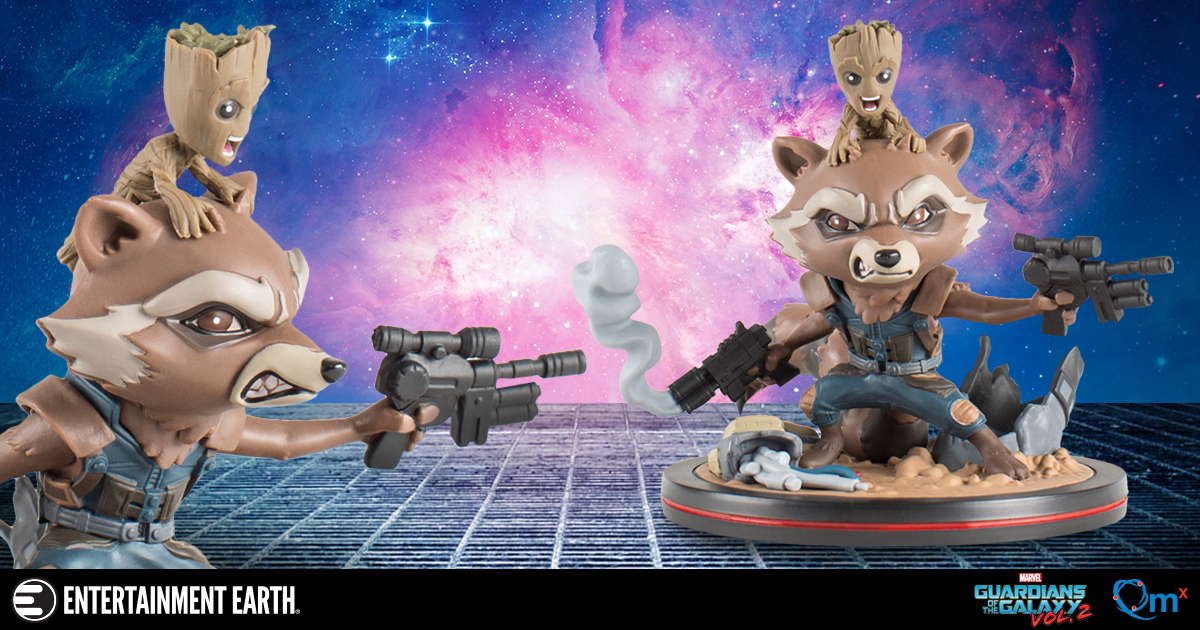 In the matter of two movies, Rocket Raccoon and Groot have become pop culture icons. They’re fan favorites and people can’t get enough of Baby Groot. While we’ll see a more mature and adolescent version of Groot in the next Marvel film, it’s safe to say we’ll love him the same. Rocket may come off as brash and sarcastic but he’s got heart and he’s fiercely loyal to those he actually cares about, like his Guardian friends, which would include you if you decide to grab one of these great new Q-Fig PVC figures!

The Rocket and Groot Q-Fig PVC figure is great stylized figure showing off the two friends in the heat of battle. Standing at 3 1/2 inches tall, Rocket is armed with two blasters, one smoking from a fire fight and he’s not alone. Groot is perched on Rocket’s head screaming out a war cry that would wake the dead… yet still looks adorable.

This Q-Fig was previously released as an exclusive so it is the first time it is available in wide release. The figure is just another example in a long line of great figures from the product line. Rocket and Groot are inseparable and they’d be happy to defend your collectibles from even the deadliest of foes the Galaxy has to offer. Buy yours today!