Gear Up for Battle with Helmets from Star Wars: The Force Awakens 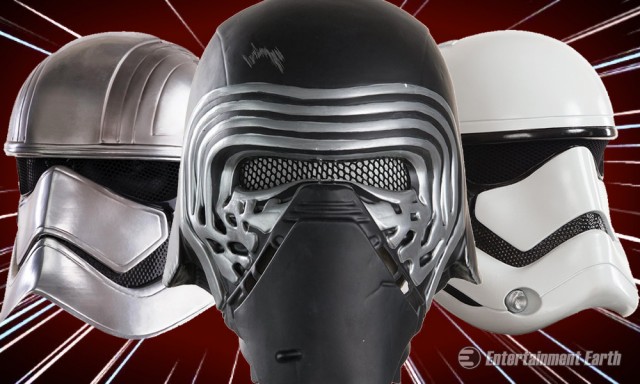 Star Wars costumes have always been a Halloween favorite, and with the new movie premiering in December, there’s no stopping this film franchise!

Lead the First Order to victory and destroy the Resistance with these Star Wars: The Force Awakens helmets by Rubies Costumes. Every Star Wars fanatic will go crazy over the officially licensed helmets. Fight alongside your favorite hero or villain in these movie accurate masks. No matter which side of the Force you’re on, everyone will want to join you in your takeover.

Gear up and complete your costume for Halloween and other special events with these Star Wars: The Force Awakens Helmets. Available now for pre-order at Entertainment Earth and expected to arrive in October and November 2015.