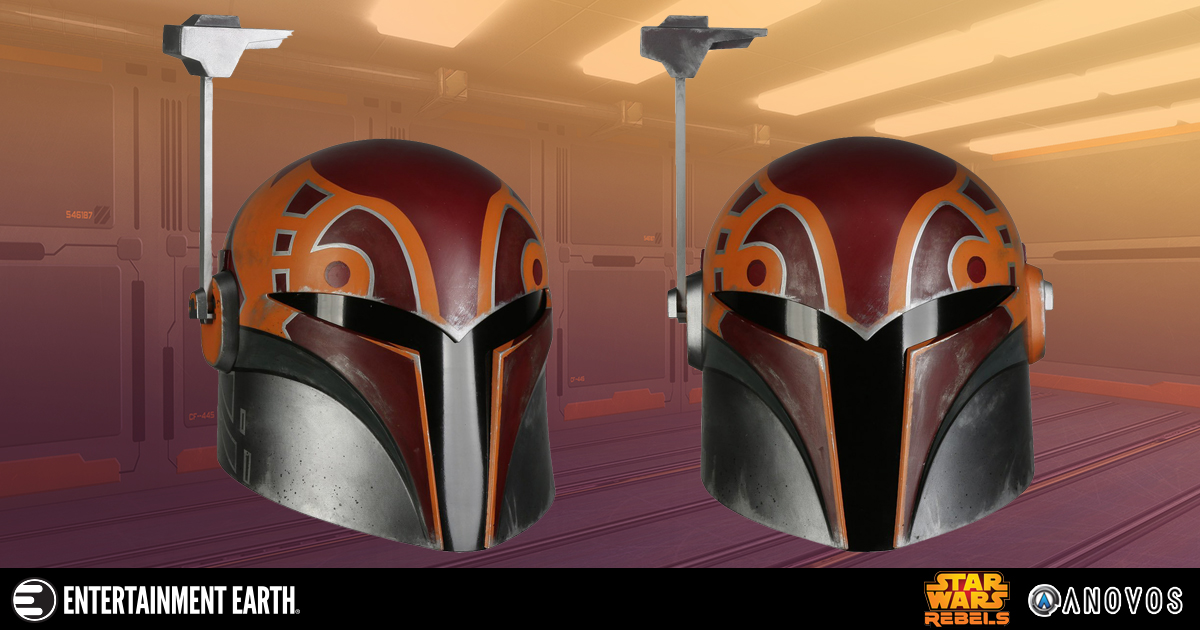 Do you believe art is one of freedom’s most powerful weapons against tyranny?

If so, you’re a rebel after Sabine Wren’s own heart!

The Mandalorian weapons expert who specializes in explosions with an aesthetic flair has proven one of the most popular characters from Star Wars Rebels (now in its fourth and, sadly, final season on Disney XD).

With a name inspired by ancient Roman tales of strong and independent women, Sabine Wren has grown into much more than the eccentric, sarcastic teen sidekick she often was in early episodes. She’s become a strong and sensitive leader, one who wrestles with shadows from her past but still embodies the high-flying hope of her signature symbol, the rebel Starbird.

This summer, she starred in her own segment of Star Wars: Forces of Destiny. The Mary Sue’s Caroline Cao makes a convincing case that Sabine more than deserves her own comic book series. And she continues to be a convention cosplay favorite.

Whether you’re putting together a Sabine Wren costume for your next fan gathering or are looking for an elegant collectible to proclaim your passion for the colorful heroine, you’ll want to grab this eye-catching Star Wars Rebels Sabine Wren Helmet Prop Replica from Anovos.

Meticulously modeled from 3D data of original production assets, this modified Mando helmet sports the fuschia, orange and gray paint job Sabine adopted early in season 2 when she refurbished her armor after the Ghost crew’s dramatic showdown with Darth Vader. At the time, Star Wars Rebels producer Dave Filoni explained that the damage Sabine’s armor sustained inspired her “to change up her whole look… It’s a line in the sand when she’s like, ‘OK, I’m going to do things differently, including changing my hair, changing my outfit.'”

The fiberglass helmet comes fully assembled – including its 90-degree rotating rangefinder – and ready to wear. Its fully lined interior and adjustable pads mean a secure and comfortable fit for up to US hat size 8. As a collectible prop replica, it’s not a child’s toy, and it won’t protect your skull if you’re actually planning to go up against a Dark Lord of the Sith – or even to sneak into an Imperial shipyard to spray paint a few TIE fighters. But it will provide hours of enjoyment on your head or your display shelf.