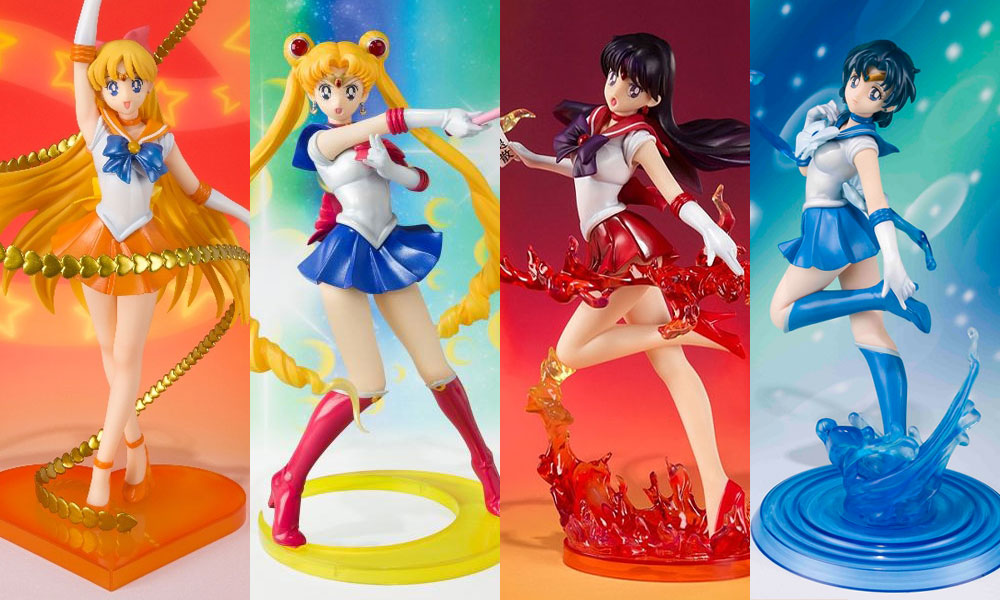 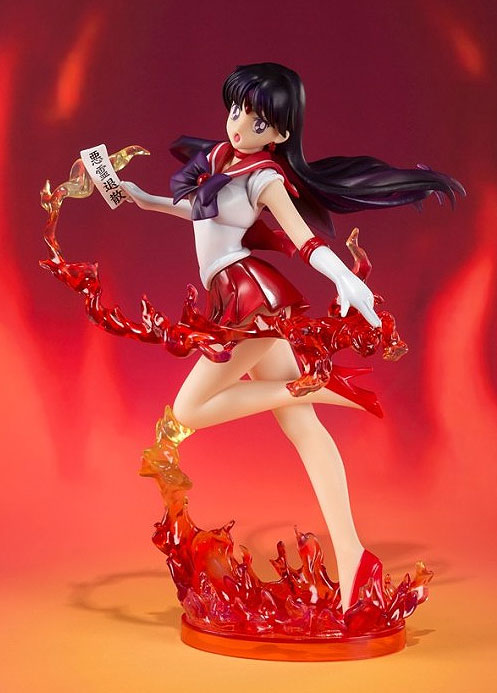 Sailor Moon joins the established ranks of the Figuarts Zero series with her upgraded “Sailor Moon R” design as the Sailor Moon Figuarts Zero Statue! Sculpted in an updated larger scale, she has been meticulously crafted in exquisite detail by the team at Volks. With special attention to not only proportions and accuracy, but also attention to color and detail, Sailor Moon’s uniform employs an elegant paint with subtle shadows for added effect. Her “Cutey Moon Rod,” hair, and crescent moon shaped stand all use translucent parts, while her boots stand out against her smooth skin with a glossed enamel shine.

The Sailor Venus Figuarts Zero Statue utilizes the effects of light and shadow to add brilliance and realism to an already beautiful statue. Measuring nearly 7 1/2-inches tall, Sailor Venus is posed perfectly to recreate the iconic “Venus Love-Me Chain” attack. She comes with an additional display stand. Sailor Venus is slated to arrive in December 2014.

The guardian of fire and passion comes to life in the Sailor Mars Figuarts Zero Statue. High quality pearly paint is used to give further depth to her meticulously sculpted sailor suit. The tips of her hair and the flare effects are accentuated with the use of translucent material. Sailor Mars is depicted holding a slip of paper with kanji writing, one of her trademark spirit wards. Sailor Mars is slated to arrive in May 2015.