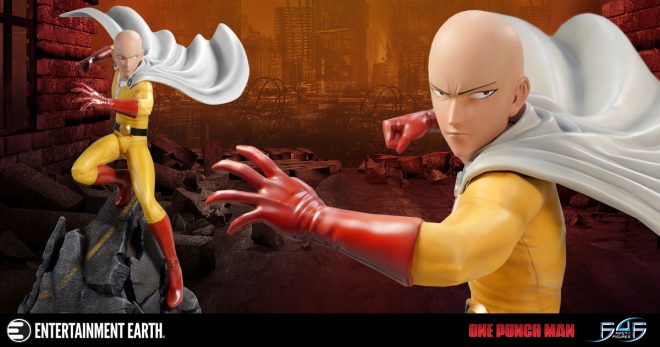 But First 4 Figures has captured a real humdinger of one in their One Punch Man Saitama Statue.

It’s clear that plenty of damage has already ensued in whatever battle Saitama finds himself in; and it’s also clear from his determined expression that it’s not going to continue much longer. Posed on a broken bit of roadway, One Punch Man is mere seconds away from unleashing the swift blow he’s best known for.

Standing 24-inches from the tip of his billowing cape to the detailed base, Saitama is one of the largest anime statues yet from First 4 Figures. He arrives packaged in a deluxe full-color box, complete with an authenticity card and a hand-numbered base.

Order today and expect one heck of a punch to be delivered next summer!