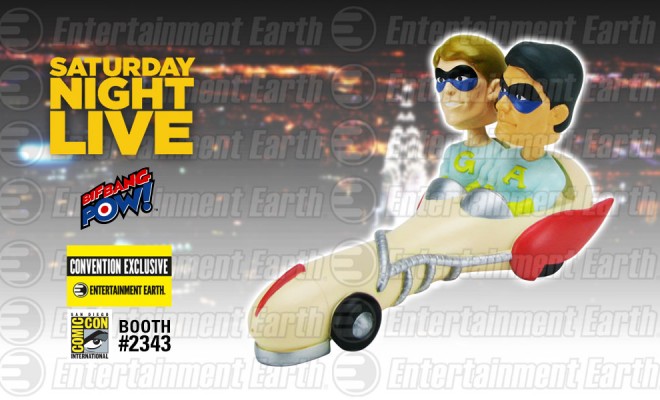 The way Ace and Gary see it, if you’re going to build an Ambiguously Gay Duo car, why not do it with some style? It’s one of the reasons Bif Bang Pow! is bringing collectors the Saturday Night Live The Ambiguously Gay Duo Car Bobble Head – Convention Exclusive available exclusively at the Entertainment Earth booth #2343.

Direct from the hilarious Saturday Night Live cartoon “The Ambiguously Gay Duo,” comes this premium bobble head. It measures approximately 7-inches long x 4-inches tall and features Ace and Gary with bobbing heads driving their infamous “Duo” roadster shaped like a… errr, rocket. With a production run of only 1,500 pieces, this crime fighting Duo won’t be around forever. 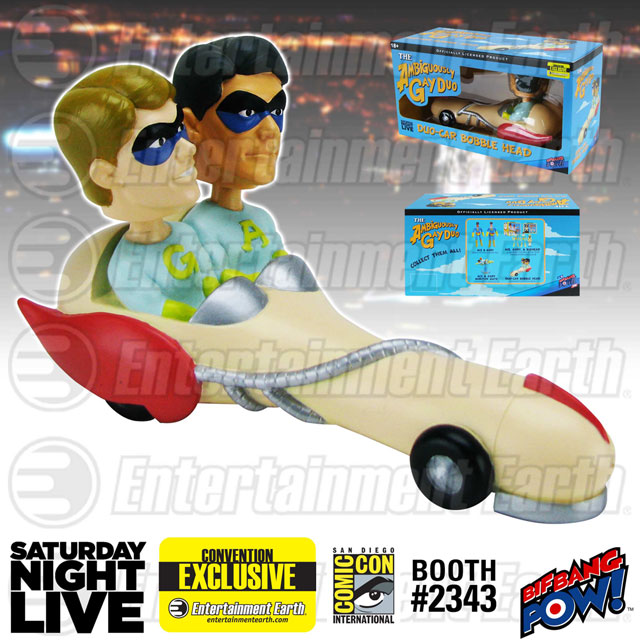