TGIF at San Diego Comic-Con! The day that Hall H fills up with dedicated fans who waited in line over night for all the best trailers, teasers, and cast Q&A’s. Day two of SDCC is in the books, so let’s dig into the day’s hottest stories!

Like we mentioned yesterday, day two was dominated by television. TWIN PEAKS, Game of Thrones, The Walking Dead, and Marvel’s The Defenders held their panels in front of their rabid fanbases. The Defenders gave the crowd a special treat, they watched the first episode. Marvel and Netflix also confirmed a third season for Daredevil and a second season for Iron Fist. New trailers for The Walking Dead, Game of Thrones, The Gifted, and Preacher all dropped today. We also got a first hand look at the upcoming third season of Young Justice: Outsiders. We learned that the new line-up will include Static, Kid Flash, Robin, Wonder Girl, Spoiler, Blue Beetle, Arrowette, Arsenal, Beast Boy, and new character Thirteen.

Meanwhile on the movie side of things, Todd McFarlane has teamed up with the horror film factory Blumhouse for his R rated reboot of the Spawn film franchise. Channing Tatum remains optimistic that his X-Men spin-off, Gambit will still be made, and is in talks to play Van Helsing in Universal’s Dark Universe cinematic franchise.

A Galaxy of Cool Collectibles

Star Wars was the collectible franchise of the day. Earlier in the day, the Lucasfilm panel had industry leading companies like Gentle Giant, Bandai Tamashii Nations, and ANOVOS to name a few.

Later on, Hasbro debuted a whole lot of new figures as part of their The Black Series line. And no they weren’t Star Wars: The Last Jedi. But we did get an impressive, Captain Rex in phase II armor with removable helmet, General Leia (Ep VII), Dewback (with articulated tongue!?!), and Rebel Fleet Trooper with helmet, blaster, and Death Star data card, andMaz Kanata with an openable trunk and lightsaber.

Also shown were the new Forces of Destiny figures including Rey, Jyn Erso, Ahsoka Tano, Sabine Wren, and Endor Princess Leia, with the announcement of a Padme doll on it’s way. 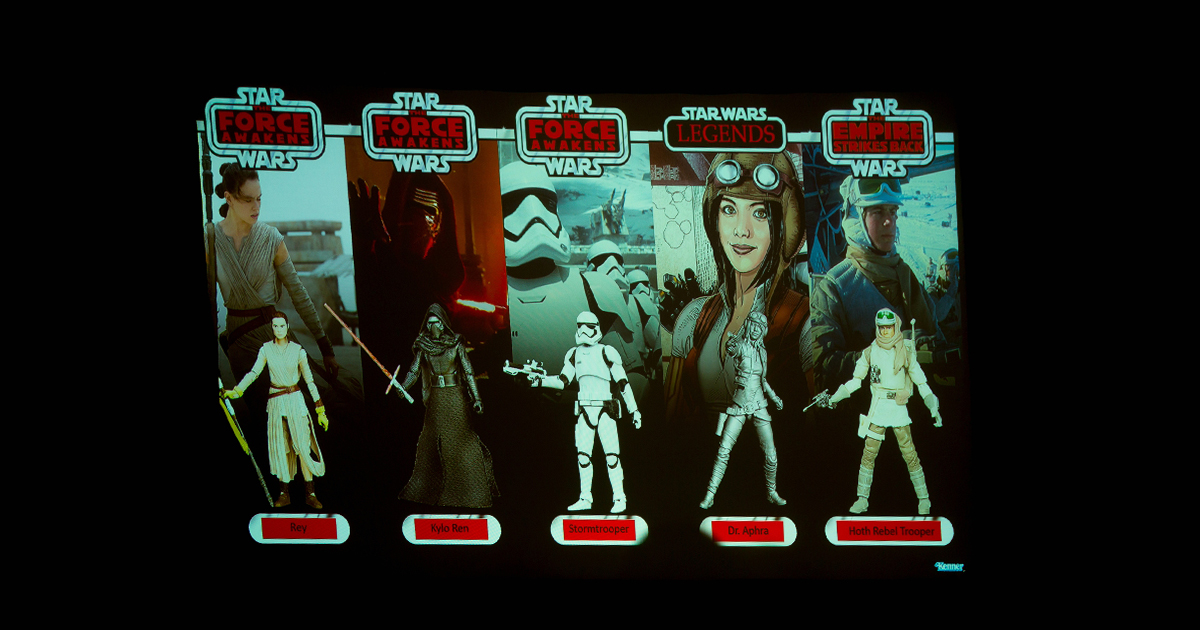 The Vintage Collection will include Doctor Aphra as a figure for the first time since debuting in the Marvel comics. Also announced were a First Order Stormtrooper, Kylo Ren, Jyn Erso, Cassian, Death Trooper, Hoth Rebel Trooper, and Hovertank Driver in the 3 3/4-inch line of figures and vehicles.

TWIN PEAKS. Fans engulfed our booth for the exclusive signing event. The cast of the iconic series took over booth #2343 to give the endless line of TWIN PEAKS fans a moment they’ll remember the rest of their lives.

That does it for day two! We’ll be back tomorrow for all the latest convention exclusive news.