The fight for the future begins with the new Matrix Pop! Vinyl Figures! Are you a zero or are you The One?

These new Pop! Vinyls feature the main characters from the cinematic game-changing trilogy, The Matrix: Neo, Trinity, Morpheus, and the notorious Agent Smith. Each Pop! Vinyl Figure is about 3 3/4-inches tall and showcases the character’s primary features.

His name is Neo and he’s saving the Pop! Vinyl universe from the cunning Agent Smith. Do you hear that, Mr. Anderson? Neo is coming to town as the The Matrix Neo Pop! Vinyl Figure. With his hand out and shades on, Neo is facing the consequences of the red pill or the blue pill.

Can you dodge her bullet? The Matrix Trinity Pop! Vinyl Figure features Neo’s true love and Morpheus’s second in command. And she’s ready to take you out! Morpheus joins her as The Matrix Morpheus Pop! Vinyl Figure with guns blazing. He can only show you the door… you’re the one that has to walk through it.

Don’t forget to catch Mr. Anderson with The Matrix Agent Smith Pop! Vinyl Figure. He aimed to have the perfect human world but how could everyone be happy without these Pop! Vinyls? 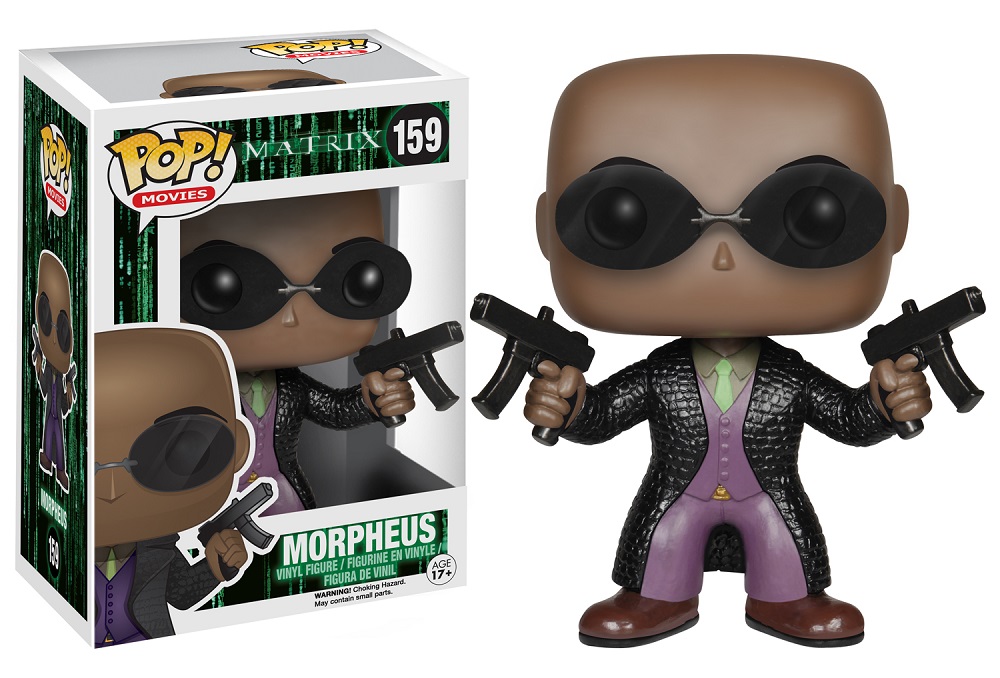 Collectibles Fun Collectibles
Related ItemsFunkoFunko Pop VinylMatrixPop VinylThe Matrix
← Previous Story Is This the Best Harley Quinn Yet?
Next Story → What Kind of a House Doesn’t Have Salt?