One-Punch Man 1:6 Scale Statue is Ready for a Fight 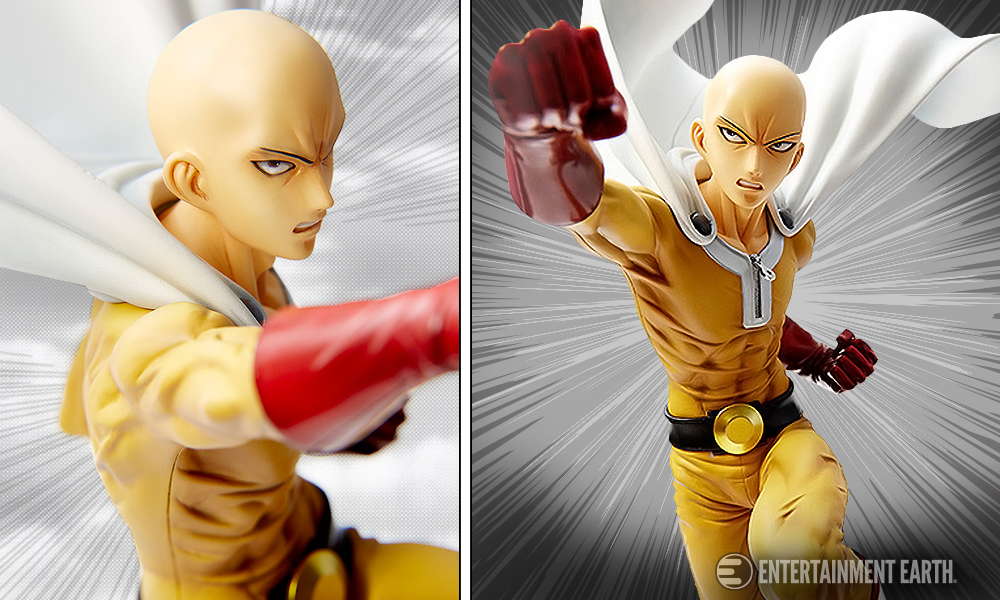 The acclaimed manga and anime has taken the world by storm and is now a fan favorite. In fact, the English dubbed version of the show debuted on Toonami on July 16, for those who want to check it out. Once you do, make sure to add the One-Punch Man Saitama 1:6 Scale Statue to your collection!

Saitama, or One-Punch Man as he’s known, looks combat ready in his tight yellow outfit which shows off the impressive muscles all over his body due to his unrivaled strength. The sharp glint in his eye captures the exact moment that his punch impacts with his opponent!

The included display stand is specially articulated allowing him to be displayed in various different situations. This statue measures about 11 2/5-inches tall and is made of ABS and ATBC-PVC.

One-Punch Man will be available February 2017, so place your pre-orders now and receive Free U.S. Shipping with Entertainment Earth!