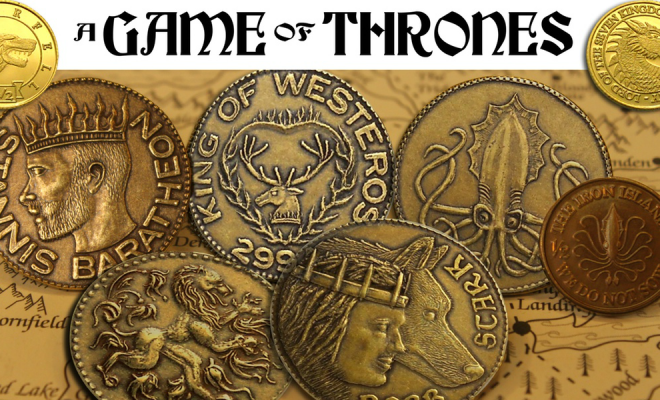 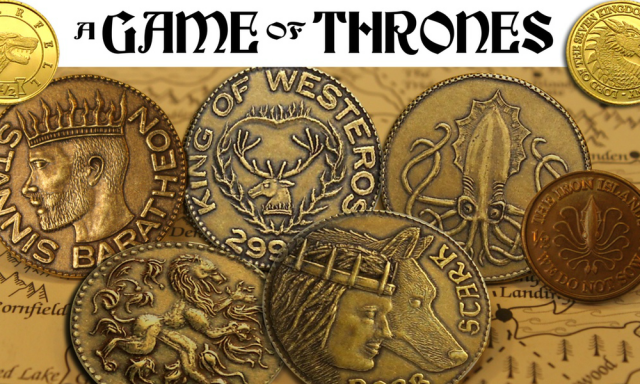 Money is important in the world of Westeros, as any Lannister can tell you. Thanks to Shire Post Mint, who produces detailed Games of Thrones coins, you can now become the Master of Coin yourself!

With several coins featuring specific Houses and characters under their belt, a new Kickstarter project is well under way to develop another wave of coins. The official press release for the projects details what they’ll be making:

“A new Kickstarter campaign has been created by the folks over at Shire Post Mint. The company famous for the world-wide popularity of The Iron Coin of the Faceless Man (based on George R.R. Martin’s A Song of Ice and Fire book series), Shire Post has now started making low-cost gaming coins for the series to compliment their ever-expanding line of collectible fantasy coins (tokens). These coins are part of the new Kickstarter campaign now, and they will be available to the public in April.”

Shire Post Mint has been making coins from A Song of Ice and Fire since 2003. The coins “are designed specifically to replace of the cardboard tokens in the Game of Thrones living card game from Fantasy Flight Games, and may be also be used in many other gaming scenarios.”

The two denominations the company makes are “half-pennies” and “half-dragons.” They don’t resemble normal gaming tokens and are instead meant to recreate real in-world coins. They use traditional metals like copper, bronze, and brass to create these coins.

There are several reward levels, where you can receive your own coin (or several), for backing the project.

Shire Post’s coins are great pieces and you don’t have to be a gamer to collect them! Perhaps you want to start your own Westeros coin collection? This would be a great place to start.

What do you think of Shire Post Mint’s coins? Which of the new ones is your favorite?