A few years ago at San Diego Comic-Con as I was walking through Artist Alley when I came across a really interesting artist that caught my eye. The aforementioned artist was Sho Murase. I was struck by her art prints, which were mostly silhouettes with touches of red against a white background, but as I perused through each one I was torn between which to choose. That is until I found this really cool Catwoman print (pictured below). I can’t begin to tell you how much I love this art print. 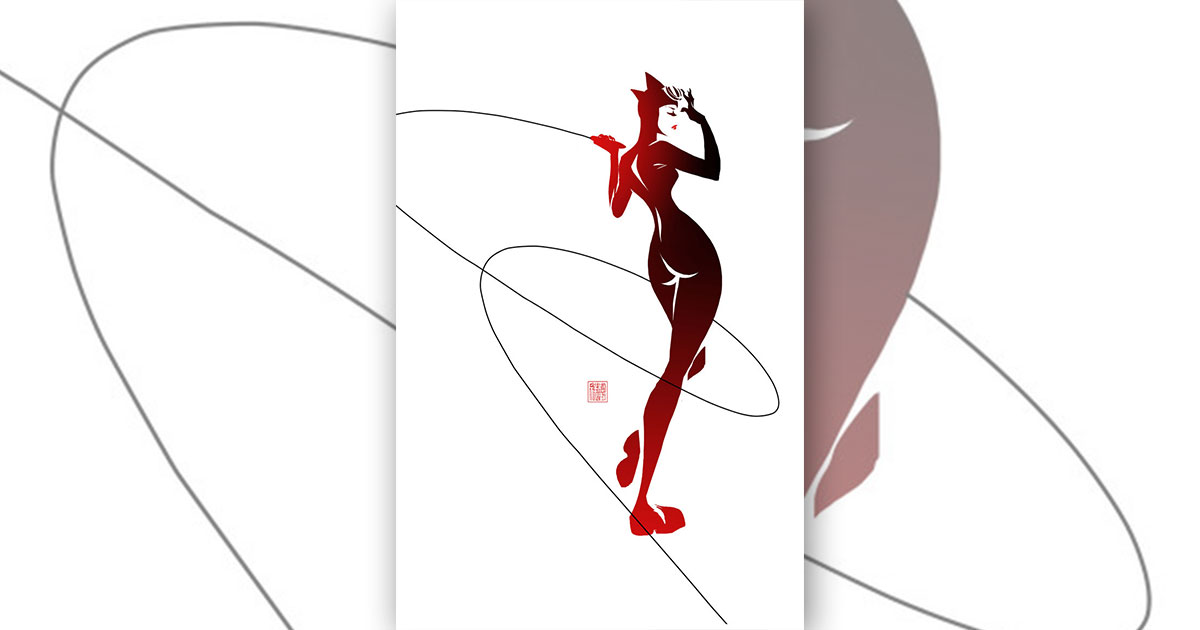 So, years later, when I heard that Sho Murase partnered up with DC Collectibles to create some really fantastic limited edition statues based on her art style, I was super excited. Currently, there are three statues up for pre-order including the Gotham City Sirens trio – Catwoman, Harley Quinn, and Poison Ivy.

Looking at each statue you can really see Murase’s art style come across. Not only does each statue have a specific silhouette in how she represents these characters but the detail to show that off is very impressive. 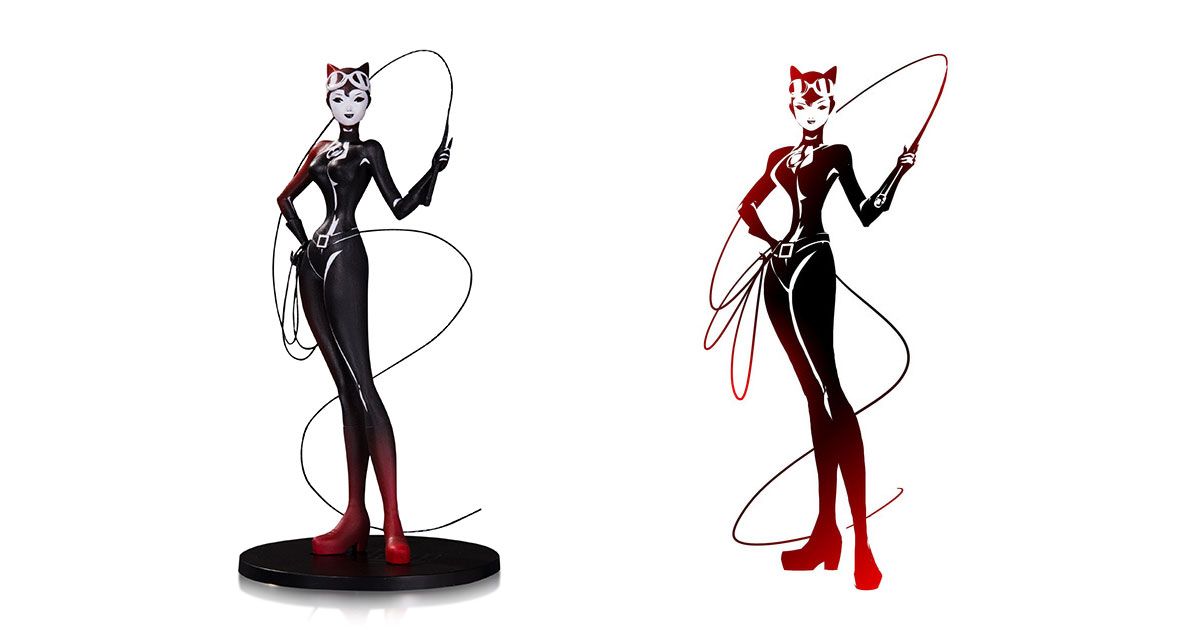 For the Catwoman statue, you can see her surrounded by a very thin whip almost as if it were a paint stroke come to life. She’s painted with a black base and white to show her face, goggles, and specific highlights. There are also splashes of red, which is what drew me to Murase’s art prints many years ago.

Harley Quinn is done in a very similar way but instead of a whip, we get her oversized mallet. Harley’s long, thin pigtails create a rather intricate silhouette. She’s in a very coy stance looking back at you playfully. The red splashes on her are placed in such a way that you can’t look away.

The most detailed of the three would have to be Poison Ivy. She’s sitting upon her hair as if it were a seat of vines, which also becomes the base of the statue. Small little details like painted and sculpted leaves throughout take this statue to the next level. What I love most about her is the attitude she gives off. She’s looking at her hand and seems much more interested in whatever she is doing.

All three of these statues stand 7-inches tall and are made of vinyl. They are limited editions and the best part is each one comes with its own art print from what the statue was based on. I know I can’t wait to pre-order all three and display them.