Thundercats, ho! Making their way to the Pop! Vinyl line are these ferocious Thundercats Pop! Vinyl Figures from Funko.

The Thundercats Pop! Vinyls stand about 3 3/4 inches tall and come in a window display box. These Pop!s feature characters from the classic Thundercats animated series in the enchanting Pop! style.

Available in this line are Lion-O, Cheetara, Snarf, Panthro, and Mumm-Ra. Lion-O is the leader and hereditary “Lord of the Thundercats!” Cursed with a strong sixth sense of oncoming evil, Cheetara is able to alert her fellow ThunderCats of any danger. Snarf is Lion-O’s sidekick and Panthron is the Cats’ designated mechanic. The “ever living source of evil,” Mumm-Ra is the Thundercats’ main antagonist.

ThunderCats follows the story of a group of cat-like humanoid aliens as they fight evil in their adopted home world. Follow the gang as they fight the evil Mumm-Ra and protect their home. 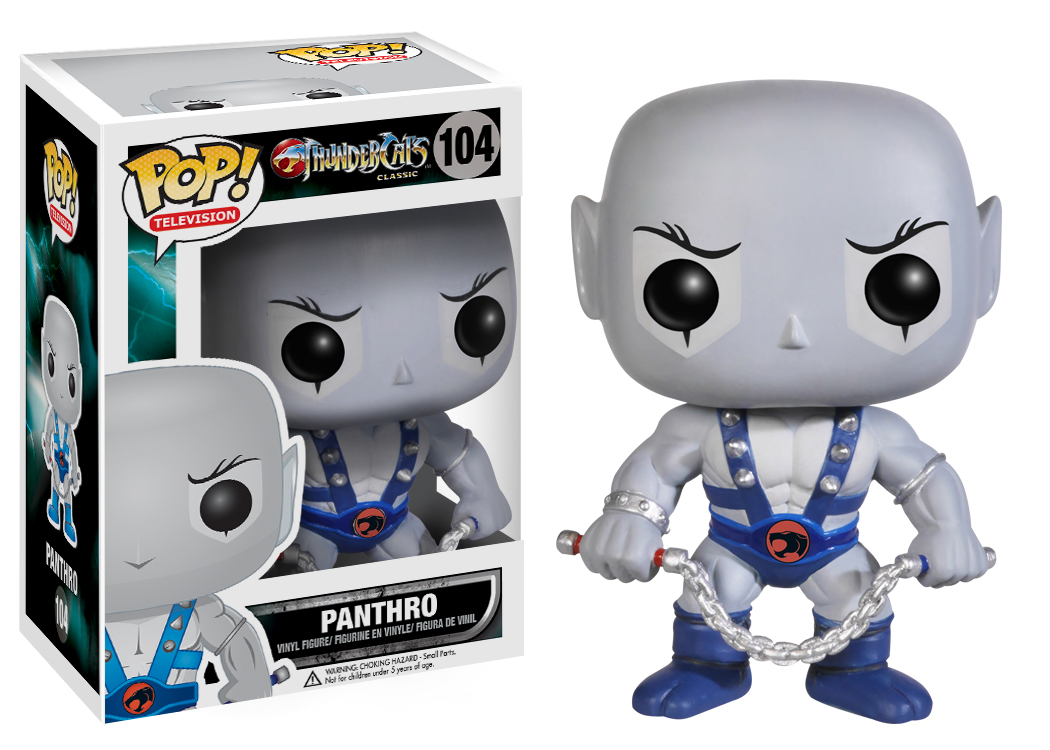