Some Sort of Collectibles Squad: Harley Quinn and the Joker 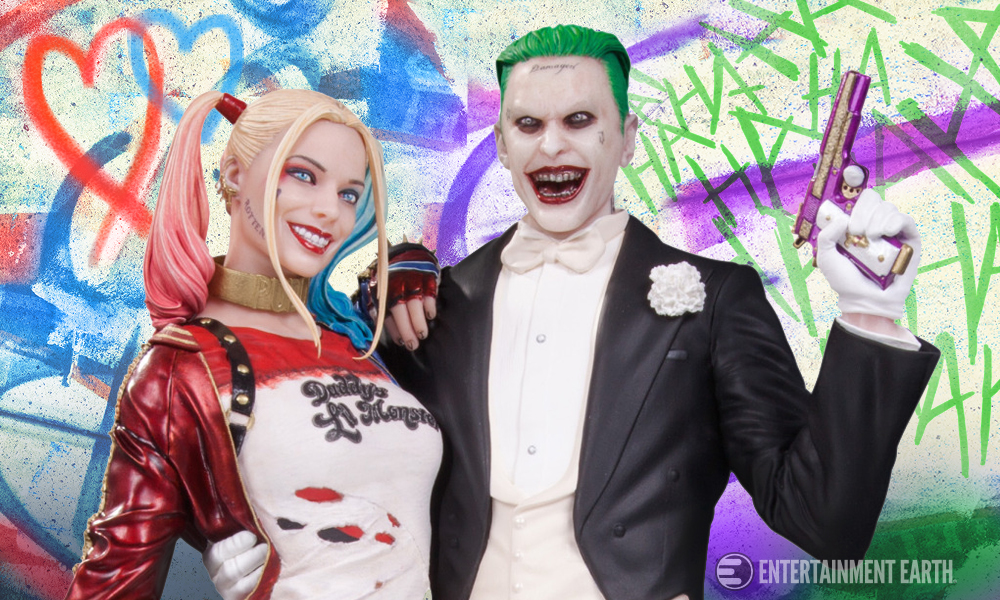 Make way for the King and Queen of Crime! Poised for a take over in this summer’s Suicide Squad film, the new Joker and Harley Quinn Suicide Squad Statue makes Harley and her puddin’ look suitably anarchic.

Erick Sosa and James Marsano have sculpted this fantastic piece, and it’s some of their best work. Harley and the Joker have been modelled after their actors in the upcoming film, and Harley in particular is a striking likeness for Margot Robbie. A lot of time has gone into recreating the costumes to give each fabric a unique look, and the colors have been kept bold and vibrant. At 13 ½-inches tall, it will likely tower above the rest of your collection as a centerpiece.

When you head over to Entertainment Earth to place a pre-order for this awesome resin statue, you can get free shipping on your order!