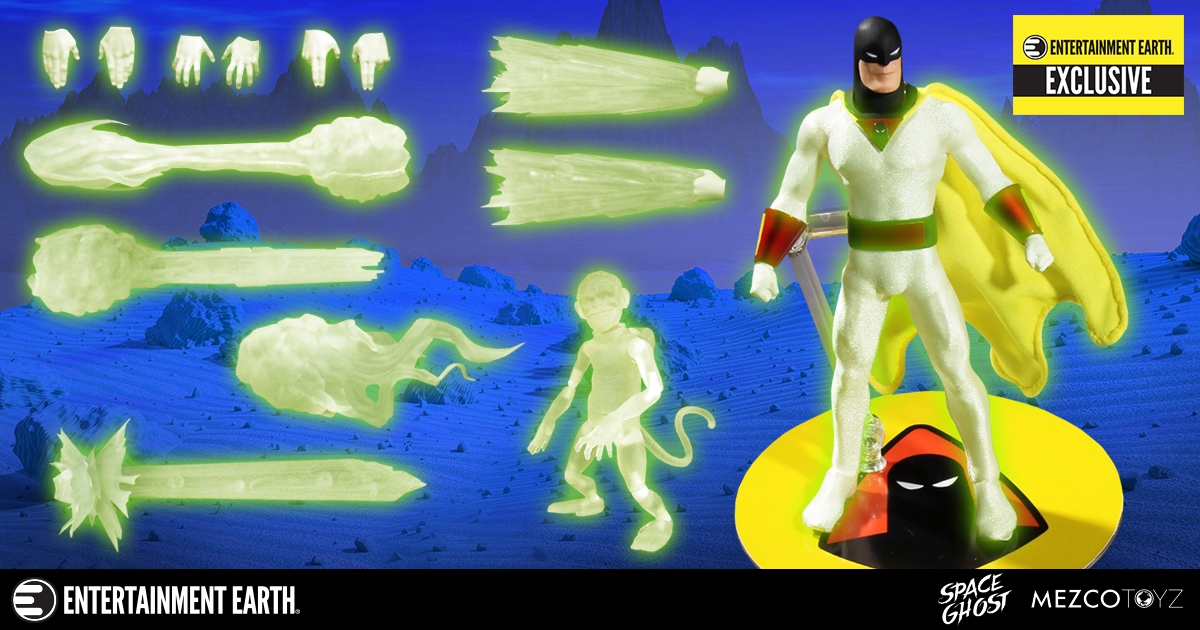 Whether you were a fan of the original 1960s Hanna-Barbera cartoon or the 1990s talk show on Cartoon Network, there is no doubt that you’re in awe of Space Ghost. This cartoon superhero deserves a lot of respect. He went from fighting crime in one era to interviewing celebrities in another. The fact that his character works so well in both arenas proves the versatility and complexity of this fan favorite.

For the true Space Ghost fan, let us introduce you to the ultimate Space Ghost collectible. This Space Ghost Glow-in-the-Dark One:12 Collective Action Figure – Entertainment Earth Exclusive, is the perfect way to show your love for this amazing hero. This action figure stands at 6-inches tall and sports an outrageous 32 points of articulation.

The artists behind this figure were very serious and attentive to the character. The sculptural work and the intricate costume detailing make this figure truly come to life. Take a look at the accessories! Not only does he come with his sidekick, Blip the Monkey, he also has a wide array of accessories!

Even better is the fact that Space Ghost, Blip, and the assortment of accessories all glow in the dark (Blip the Monkey and ray accessories are translucent)! Let Space Ghost fuel up in the light for a while, then hit the light switch to watch him glow! This added quality gives Space Ghost his Ghostly charm.

This amazing exclusive glow in the dark figure was previously announced, but we are pleased to let fans from coast to coast know that it is in stock and ready to ship! Head over to Entertainment Earth to claim yours today!