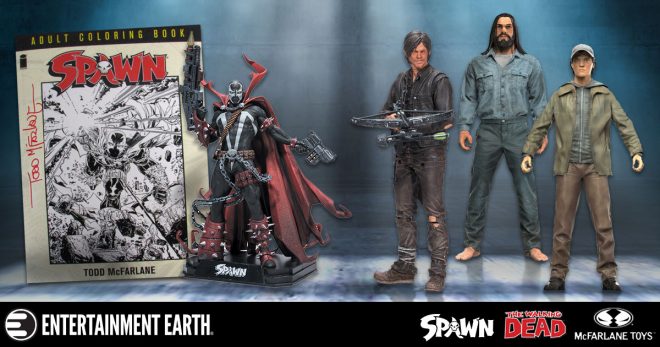 To celebrate the first Spawn action figure produced in nearly a decade and the return of The Walking Dead season 7, we’re giving away some awesome items from McFarlane Toys!