It’s finally possible to pilot your favorite Star Wars vehicles! Air Hogs has launched a full line of remote controlled Star Wars vehicles, including a real flying X-Wing Starfighter and a Millennium Falcon Quadcopter. These remote-controlled drones are made from high-density foam to make it light and durable with a range of two hundred feet.

Now you can make the Kessel Run in less than 12 parsecs with the Star Wars RC Millennium Falcon! Fly the most iconic ship from Star Wars right in your own home! Its onboard Gyro-stabilization provides stable and smooth control as you take flight with the power of its single rotor Powercore Drive Train. Don’t worry if your deflector shields go down, the Millennium Falcon is constructed from impact-resistant foam making it resilient to a few hits from any Imperial attack. 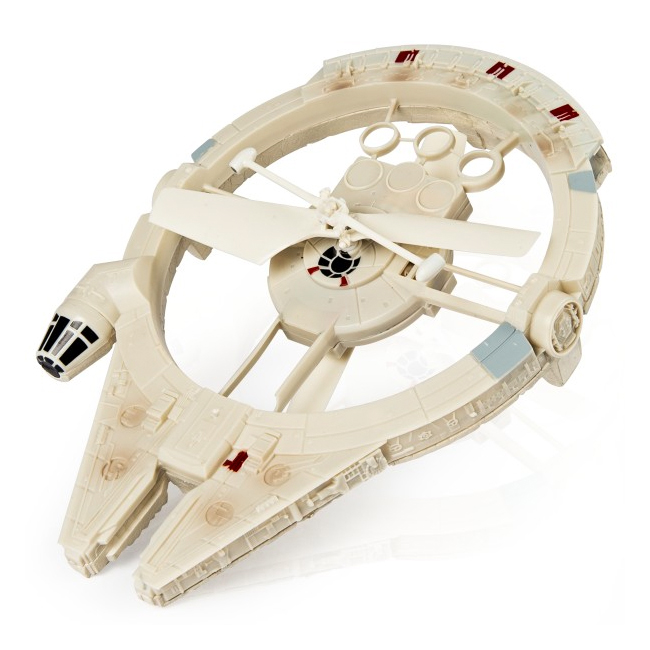 Take on the Empire with the real flying Remote Control X-Wing from Air Hogs! Fly into attack position as a Rebel Alliance Pilot and experience the thrill of Star Wars outdoors! The X-Wing uses true ducted fans embedded in its wings to power its flight letting you speed through the canyons of the Death Star as you recreate your favorite battle scenes from Star Wars. The X-Wing Starfighter uses 2.4GHz communication for superior control and delivers a flying range of up to 250 feet away! Built from crash resistant materials, the X-Wing’s authentic design stands up against the toughest crash landings.