Spot-On Spock Rendition Will Satisfy the Needs of the Many

This Star Trek Spock One:12 Collective Action Figure by Mezco Toyz has our eyes and ears at attention.

He also comes with an amazing array of accessories which include an alternate head, alternate hands, phaser, Communicator, and Tricorder. You can re-enact your favorite scenes from the Star Trek franchise or embark on your own new adventures with this fully equipped figure.

Display Spock on the included posing stand and display base or leave him in the deluxe collector friendly fifth panel window box featuring character specific artwork and a translucent acetate slipcover. The figure stands about 6 1/2-inches tall and has 28 points of articulation.

It’s only logical that you bring home the Star Trek Spock One:12 Collective Action Figure. Expected to arrive in June 2016, you can pre-order today at Entertainment Earth where in-stock orders of $79 or more receive Free Shipping! 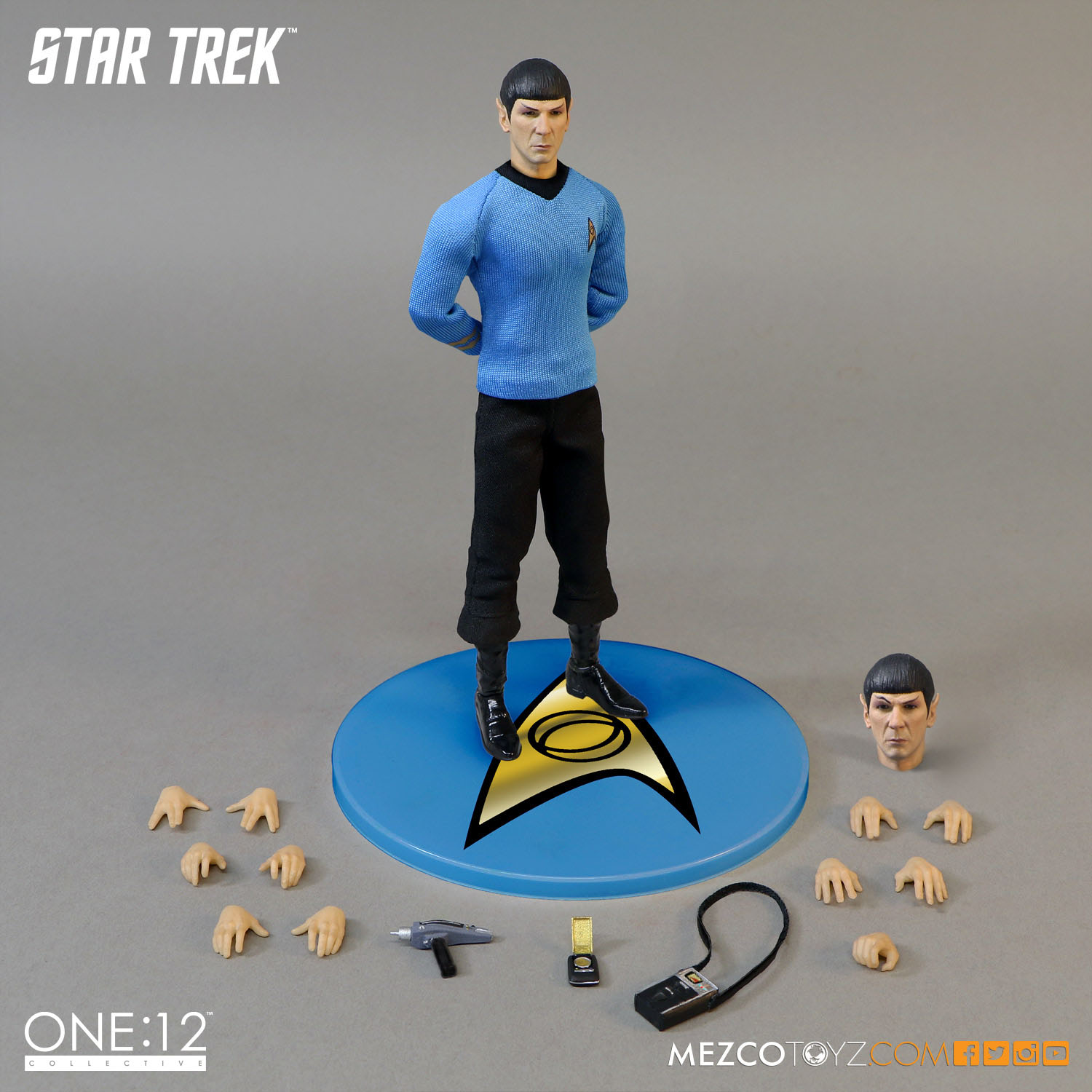