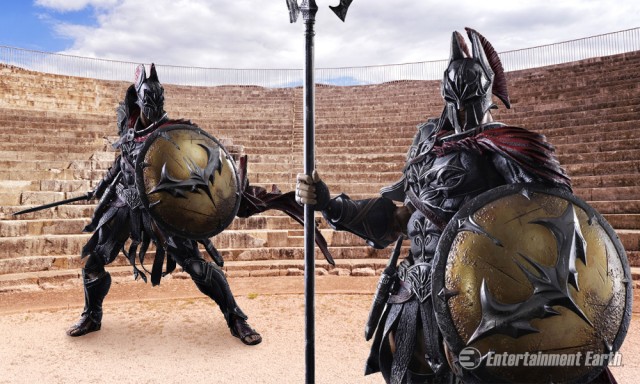 As part of the Timeless series, Batman’s traveled to the Old West and the 19th century industrial boom. Now he’s been transported to 650 BC as Sparta rises to power in ancient Greece.

This epic 11-inch tall figure depicts the Dark Knight with historic Spartan armor and accessories, such as a helmet with the horsehair crest, sandals, and spear.

The traditional lambda symbol on his shield, however, has appropriately been replaced with the Bat symbol.

Regal and intimidating, Batman is not someone you’d want to meet on the battlefield. This figure is fully articulated and can be posed in many ways, with its variety of accessories and interchangeable hands.

Take a trip back in time with this awesome Batman figure, currently available for pre-order at Entertainment Earth and expected to arrive in March 2016 with free shipping.