Who doesn’t love a good space pirate? I mean, that’s basically what Peter Quill is, right? Smuggler would also be acceptable, but there are so many space smugglers out there that it just seems over used. A man who uses the moniker ‘Star-Lord’ would never accept something so common, right? He’s even kind of got that Captain Jack “Ah, but you have heard of me…” kind of thing going on. Sure, his heroics are a little sloppy sometimes, but it’s all a part of the plan. The, you know, 12% of a plan…

Star-Lord and his merry band of miscreants may not be the most polished heroes in the business, but their methods get the job done! Just be sure to keep Rocket and Groot away from that pesky self-destruct button and the rest of the mission should be gravy. Oh, and don’t let Rocket try to convince you that he needs that guy’s leg. He doesn’t.

The galaxy is always in one kind of trouble or another, and if you’re a person that lives in it, this just might be the helmet for you. The 1:1 scale replica from EFX is the real deal, staying true to every design of its on screen counterpart. It’s made of a combination of high end fiberglass, metal, and plastic and is the perfect addition to all those infinity stones you’ve been collecting throughout the years! Like the stones, this helmet replica is pretty rare. Only 750 pieces will ship, each with its own numbered plaque and mannequin to keep on display! 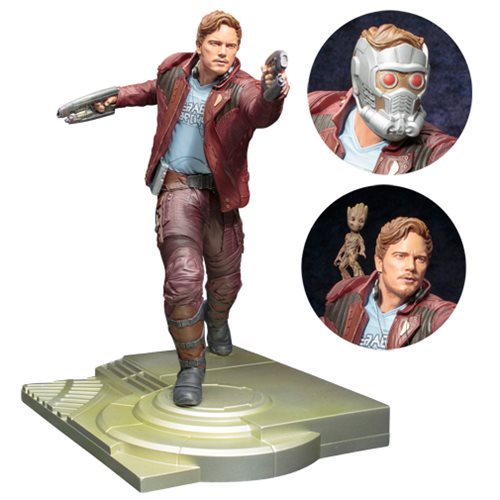