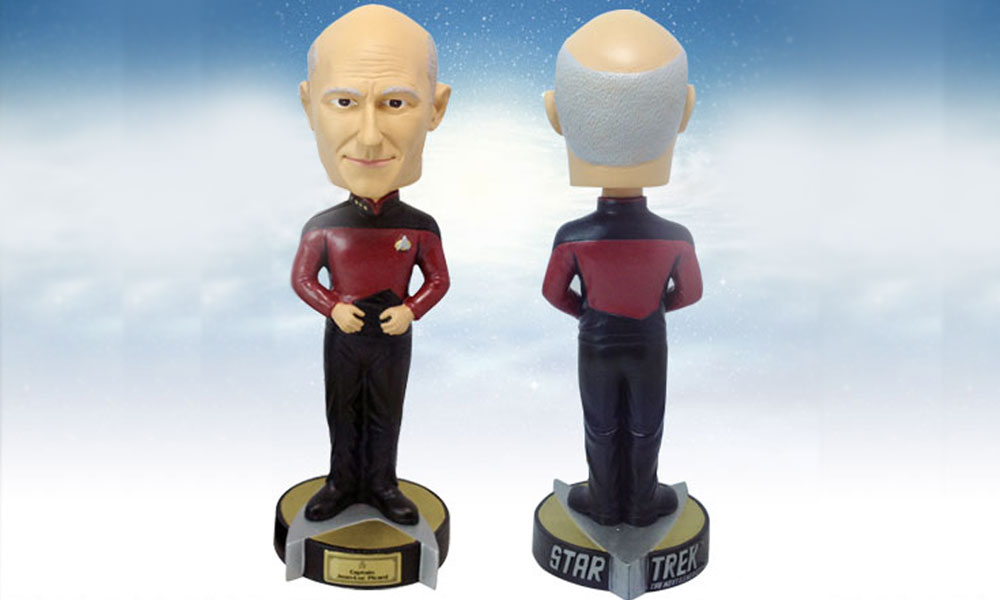 Made of resin, Captain Picard stands about 7-inches tall, including the Next Generation themed base, and shows a remarkable likeness of actor Patrick Stewart. Picard makes a terrific companion piece to the other Bif Bang Pow! The Next Generation bobble heads (sold separately).

One of the largest cult phenomena of our time, Star Trek is a science-fiction entertainment franchise based on a fictional universe created by Gene Roddenberry. It includes a multitude of television series, movies, video and computer games, novels, and more depicting an optimistic future in which mankind has risen above past frailties and vices to unite with other intelligent species in the galaxy to explore the cosmos, discover new worlds, and encounter new civilizations – “To boldly go where no one has gone before!” Ages 14 and up.