Sling the Future over Your Shoulder with This Star Trek: The next Generation PADD Messenger Bag 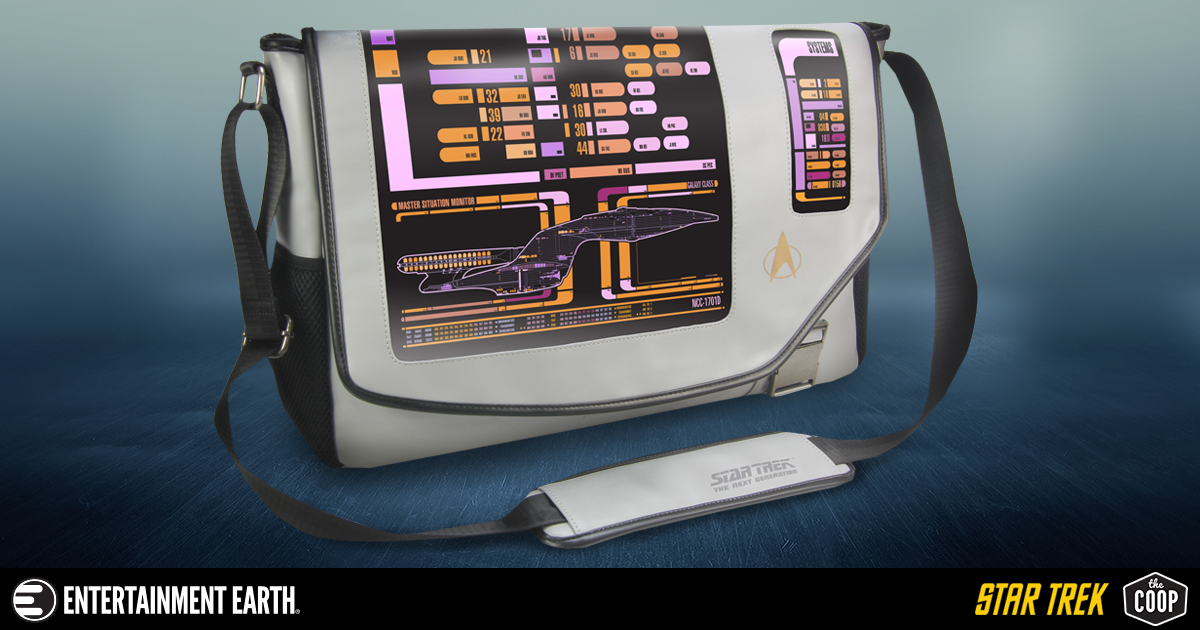 Not ready to stop celebrating the 30th anniversary of Star Trek: The Next Generation?

Then carry the 24th-century fun into 2018 and beyond. Take this Star Trek: The Next Generation PADD Messenger Bag with you on your continuing missions!

The Coop adds to its marvelous line of creatively themed messenger bags with this satchel that sports a sleek schematic of the U.S.S. Enterprise, NCC-1701-D, on its angled flap.

If you served aboard Starfleet’s flagship, you’d see graphics like this on your PADD (Personal Access Display Device). You’d also see them on any touchscreen panel you used to access the LCARS (Library Computer Access and Retrieval System). The colorful, intuitive user interface exemplifies the Federation’s “technology unchained” aesthetic. The phrase evokes how computers can complement daily life instead of complicating it.

Bring Some 24th-Century Style to Your Treks

Now, you can redefine the look of your on-the-go storage solution with this messenger bag. The flap features the side-view Enterprise schematic, surrounded by multiple “on-screen” interface buttons and pathways. A smaller LCARS access panel is nearby, as well as the iconic Starfleet delta. The TNG title logo adorns the shoulder strap cushion.

Inside, you’ll find a flat zipper pocket under the flap and a main open pocket, with lining decorated in LCARS iconography. Most 15-inch laptop computers will fit inside the padded laptop sleeve. Two side mesh pockets offer extra storage space.

The Star Trek: TNG Messenger Bag won’t store nearly a hundred kiloquads of data. But it’s bound to hold all you’ll need for your next away mission to work or school. It’s the stylish way to infuse your daily routine with the fun and wonder of Star Trek tech. So requisition yours today!