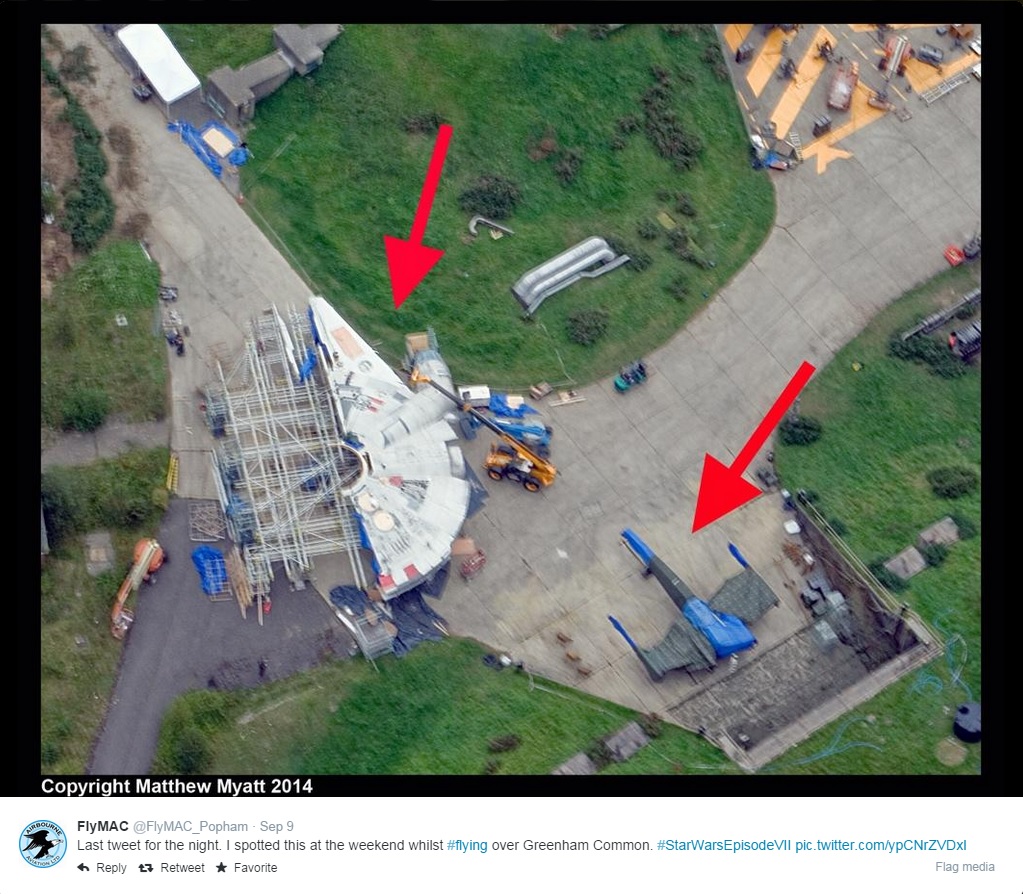 The rebels are back and they’re building the Millenium Falcon!

During a flight, one pilot got a sneak peek of Star Wars Episode VII. Matthew Myatt, a simulations engineer belonging to the Airbourne Aviation flying club, was out for a cruise over Greenham Common, a former RAF airbase, when he spotted something peculiarly interesting.

While orbiting an old cruise missile silo, Myatt caught sight of a partially built Millenium Falcon and an X-Wing Fighter. Luckily for everyone, Myatt’s accidental discovery was caught on camera.

“It wasn’t until I got back last night and started going through images that it just jumped out at me,” Myatt told the BBC.

Myatt was taken aback by his unexpected view of the Millenium Falcon and X-Wing Fighter. He said, “I had to go and grab my son who’s a big Star Wars fan and get him to come and look at the picture and pinch me and make sure I’d seen what I’d seen.”

Star Wars fans across the globe jumped in excitement with Myatt over this accidental preview. The Falcon has a fresh coat of paint and an even livelier history. Speculation points toward Greenham Common standing in as Dantooine, planet that once housed a rebel base.

A drone over Greenham Common caught video of the same location. The drone video shows the partial craft beneath a blue tarp. Check it out below!

Star Wars Episode VII will see the return of the trio of heroes from the original trilogy: Han Solo (Harrison Ford), Luke Skywalker (Mark Hamill), and Princess Leia Organa (Carrie Fisher). The film is set to hit theaters in December 2015.

Episode VII filming has taken place at Pinewood Studios in Buckinghamshire, as well as Abu Dhabi and Skellig Michael, Ireland.

Are you excited for Episode VII? Tell us your favorite Star Wars fact in the comments!