The Rebel Droid K-2SO Is Ready for His Latest Mission 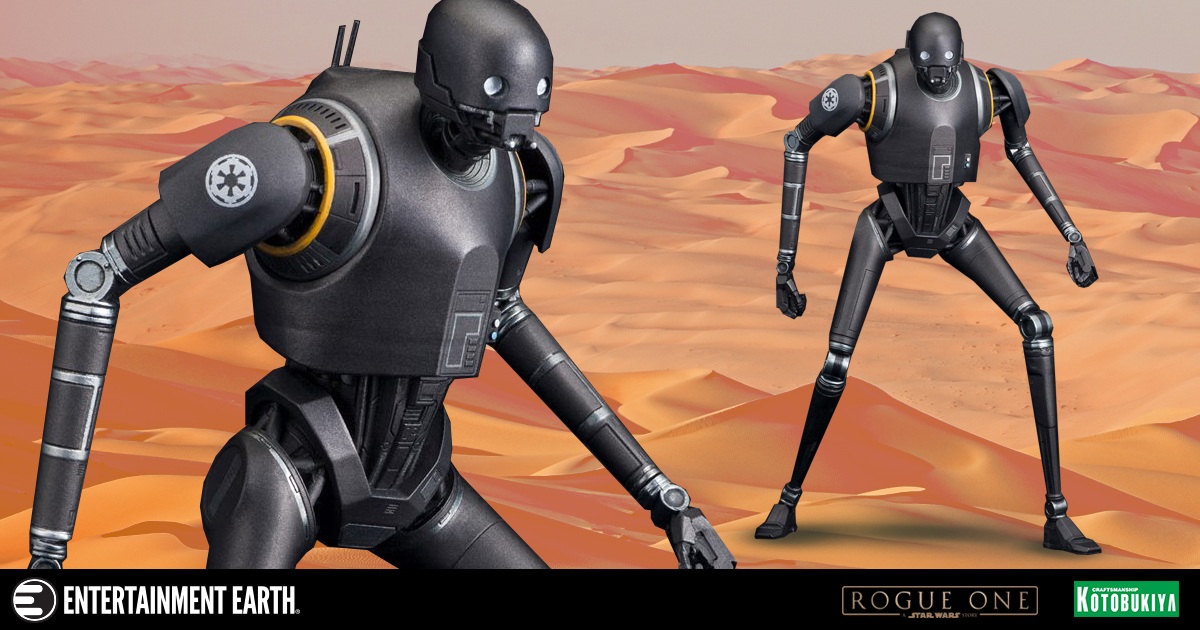 Hot on the heels of the latest addition to the Star Wars universe is the latest line of statues from Kotobukiya. And first in the new series is the former Imperial droid turned Rebel spy, K-2SO.

This Star Wars Rogue One K-2SO ArtFX+ Statue is so accurately detailed, it’s as if the towering black droid has just stepped off the screen.

Beautifully sculpted, this 1:10 scale statue has the reprogrammed security droid poised for his next undercover mission. Magnets in the figure’s feet make for extra stability on the included base.

Perfect at blending in amidst his former robotic compatriots at Imperial bases, K-2SO now fights for the Rebel cause. Be sure to pre-order today, because he won’t linger for long!