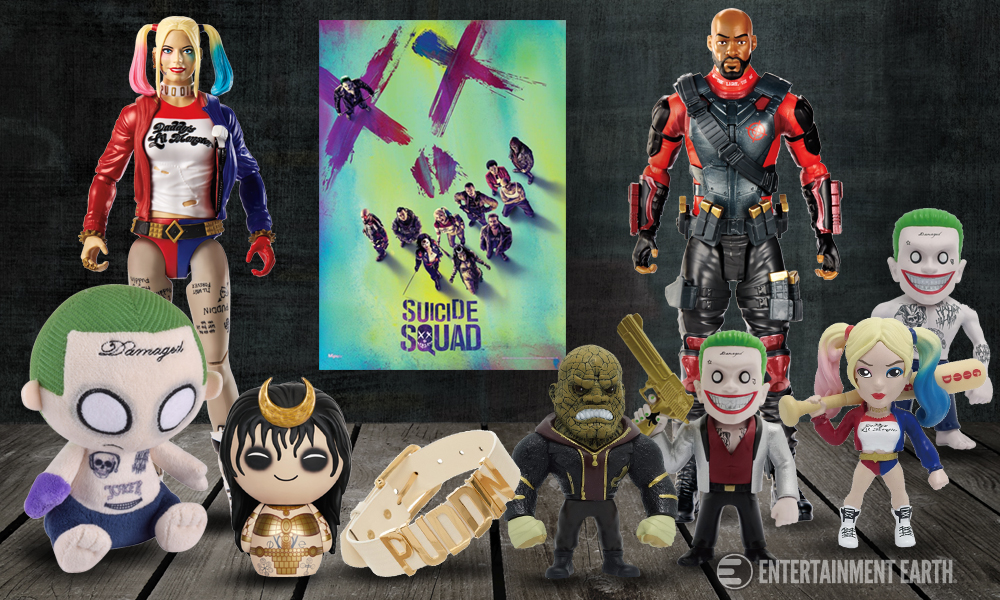 After a spring of superhero movies (Batman v Superman: Dawn of Justice, Captain America: Civil War), people were ready to focus in on some supervillains. That wish was fulfilled with Suicide Squad, which focuses on imprisoned villains recruited to complete dangerous missions on behalf of the government.

Suicide Squad has been one of the most highly anticipated movies of the summer, set to be released in the U.S. on August 5. The quippy humor, over-the-top action, and eccentric ensemble playing off one another has already generated positive buzz about the film, said to be more lighthearted than DC’s last film, Batman v Superman.

The skwad proves it feels good to be bad. Here are some of our favorite Suicide Squad items that are in stock now on our website!

Margot Robbie’s Harley Quinn is maybe the most iconic character in Suicide Squad so far. Her cotton candy colored pigtails, choker, and hot pants are all featured in this highly articulated and detailed 12-inch figure from Mattel. The only thing missing? Her bubblegum. 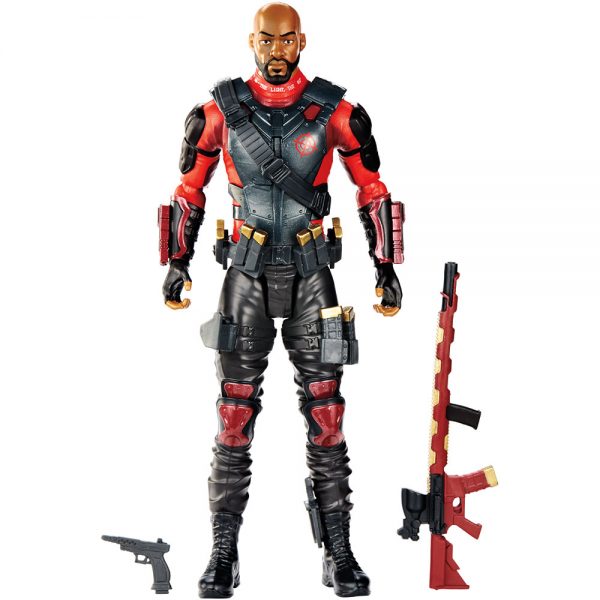 To accompany Harley Quinn (and possibly keep her in line) is this unmasked Deadshot figure. Also 12-inches tall and highly articulated, Deadshot comes with two of his guns and several rounds of ammo attached to him.

New from Jada Toys are these 4-inch die-cast metal figures of your favorite Suicide Squad baddies. Two versions of the Joker highlight how truly creepy Jared Leto’s take on the character is: wide white eyes and an even wider smile that somehow manages to emit “psychopath” from a tiny figure. One version has him shirtless, his tattoos exposed, while the “Joker Boss” version pairs him with a shiny silver jacket and an oversized gold gun. “Boss,” indeed. Harley Quinn looks petite and hard as nails with her “good night” baseball bat slung over her shoulder, and Killer Croc just looks plain tough, bulging from his leather jacket. 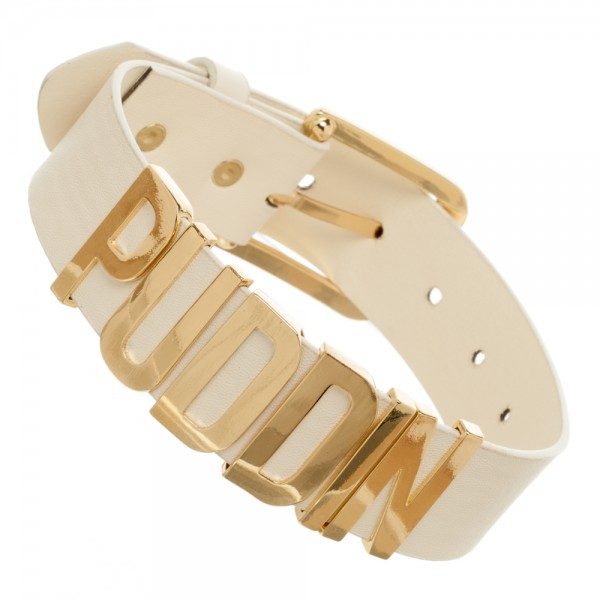 Is Harley Quinn’s “PUDDIN” choker everyday wear? Well, that’s for you to decide. But this high quality cosplay item from Bioworld is the perfect accessory to your Harley Quinn costume.

Psycho meets adorable with the Suicide Squad Dorbz Vinyl Figures! Enchantress looks extra cute in this mini-version of herself, wearing the same half-moon head piece and outfit seen in the movie. She stands at 3-inches tall.

“Cute” and “cuddly” aren’t words associated with the Joker, but this Mopeez plush from Funko is just that. The Joker isn’t so scary when you take away his weapons and leering smile. This plush is downright adorable with its slouchy posture and adorable frustration! It sits at 4 1/2-inches tall.

Like the man himself, this Deadshot metal die-cast figure is a can’t miss! This 4-inch metal die-cast action figure features a masked version of the sharpshooter Deadshot in die-cast metal and plastic form.

Bring the insanity of Harley Quinn and her “Puddin” to your life with this morphing mug. The exterior of this mug transforms from black as hot liquid is added, revealing the hidden image of the demented couple i full, vivid colors. The 11 oz mug stands about 6-inches tall.

The squad’s fast-talking Australian is here in Pop! Vinyl form. Captain Boomerang is already battered with his black eye, but is ready for more. Dressed in his blue ‘Captain’ jacket and his namesake weapon of choice, this figure stands at 3 3/4-inches tall and comes in a window display box.

Take home your favorite squad with this poster featuring a bird’s eye view of the crew and film logo. This print is made by MightyPrints and boast high quality and durability, so you won’t have the typical difficulties of tearing, fading, or warping.

Shop all these in-stock items now! And be sure to catch Suicide Squad when it hits theaters this Friday, August 5.