The T-800 Might Be Battle Damaged, but This Scale Figure Is Still Beautiful 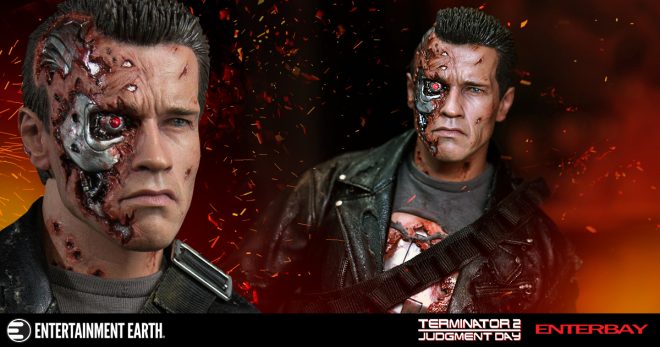 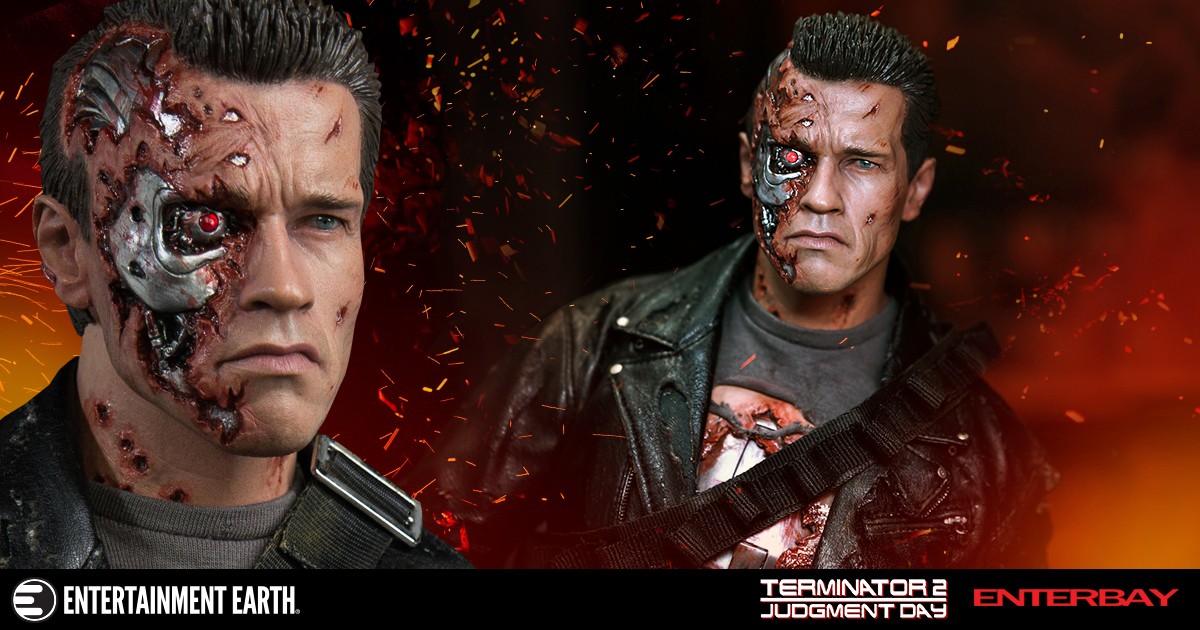 He told you he’d be back. It doesn’t matter how much damage he takes, that Terminator is out there. It can’t be bargained with. It can’t be reasoned with. It doesn’t feel pity, or remorse, or fear. Cyberdyne might have made a heartless killing machine, but Enterbay has crafted it into a thing of beauty in the form of this Terminator 2 T-800 Battle Damage 1:4 Scale Figure.

Arnold Schwarzenegger is at the top of his game in this beautifully sculpted representation of his T-800 character from the pinnacle of the Terminator franchise. With movie-accurate battle damage and Schwarzenegger accurate muscular physique, the amazing 30 points of articulation won’t be the first thing you notice. The accessories are likewise notable, with interchangeable forearm, eight different hands, and an array of weapons—including a mini-gun—that turns this robot into a one-man army. And just in case that head sculpt is looking a little too human, there’s an LED light that lets the exposed endoskeletal eye shine through the surrounding darkness.

Crafted out of metal, wood, and plastic, and packaged with an exclusive Terminator 2: Judgment Day figure stand. Couple that with the 30 points of articulation and fantastic selection of accessories, and you can create just about any scene from the film. This impressive figure will draw he attention of any sci-fi fan and can be pre-ordered today from Entertainment Earth!

Action Figures Collectibles
Related ItemsAction FigureArnold SchwarzeneggerEnterbayTerminatorTerminator 2
← Previous Story Add a Little Magic to Your Collection with This 1:6 Dumbledore
Next Story → Rock the Dots with These Minnie Mouse Items